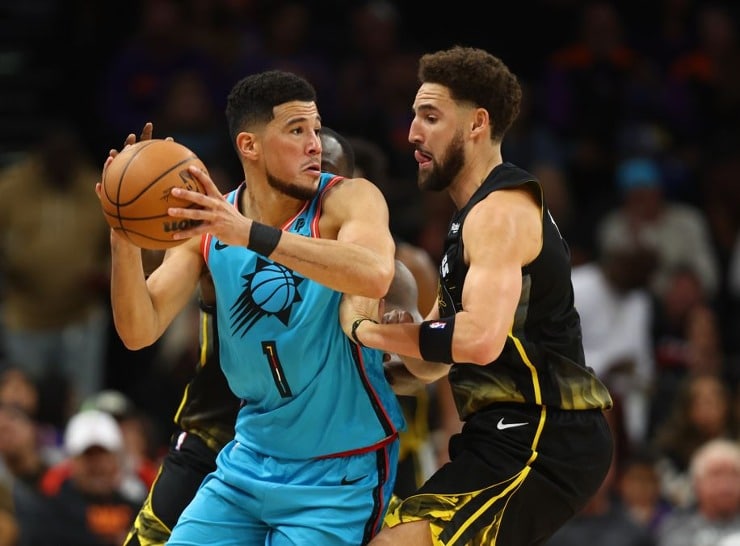 Golden State Warriors guard Klay Thompson has received a multitude of criticism for his play this season. Through 14 starts, the five-time All-Star is averaging 17.3 points, 3.5 rebounds, and 2.4 assists.

He’s also shooting career lows of 38.8% from the field and 37.7% from 3-point range. Despite posting a career-high 3-point attempt rate of 61.6%, his true shooting percentage is a career-worst 52%.

According to a few NBA betting sites, the Warriors have the third-best odds to win the championship in 2023. Check out which sportsbooks are showing higher odds for the Boston Celtics and Milwaukee Bucks.

Klay Thompsons said he let the internet trolls get to him early this season but he doesn't care anymore. From here on out, his focus is on himself and the team.

Told me the "flood gates" are officially open. He isn't sure if he'll play tomorrow night in New Orleans.

However, in an interview with Marcus Thompson II of The Athletic, the Warriors guard has learned to block out unruly fans. “I don’t care anymore,” Klay Thompson said.

“I really let the trolls get to me. Like, ‘What am I doing?’ I had just a revelation where I was like, ‘Man, just be you and everything will play out.’

Criticize me all you want. But I know how great I am and what I’m capable of, and I think real Warriors fans know that as well.”

Last season, Thompson only appeared in 32 games during the regular season because he was still recovering from an ACL injury. Even then, his stats in the 2021-22 season were better than his performances this season.

The Warriors won their first road game of the season by defeating the Rockets in Houston 127-120.

Klay Thompson (10), Stephen Curry (7), and Andrew Wiggins (6) combined on 23 3-pointers, the most by a trio in a game in NBA history. pic.twitter.com/5ieWYTsDnM

“And when Klay Thompson worries about what happens with this team, Klay plays great, and we win,” continued Green.

“I’ve always said he’s the most competitive guy that I’ve ever played with and the most important thing to him has always been winning.

At times, we all get away from who we are. And in a brotherhood, you need someone to bring you back to who you are. I have no doubt in my mind if it was me, he’d do the same thing.”

Thompson’s mid-range misses are a cause for concern right now. The four-time NBA champ is logging 6.2 field goals per game, ranking 63rd in the NBA.

During the 2021-22 season, the Washington State product averaged 7.7 field goals per game, and he finished the regular season 25th overall. It was better than the likes of Russell Westbrook, Fred VanVleet, and Jrue Holiday.

Prior to Klay Thompson’s ACL injuries, based on offensive stats, he was one of the best guards in the league. In the 2019 NBA Finals against the Toronto Raptors, the guard averaged 26 points, 4.8 rebounds, and 2.4 assists.