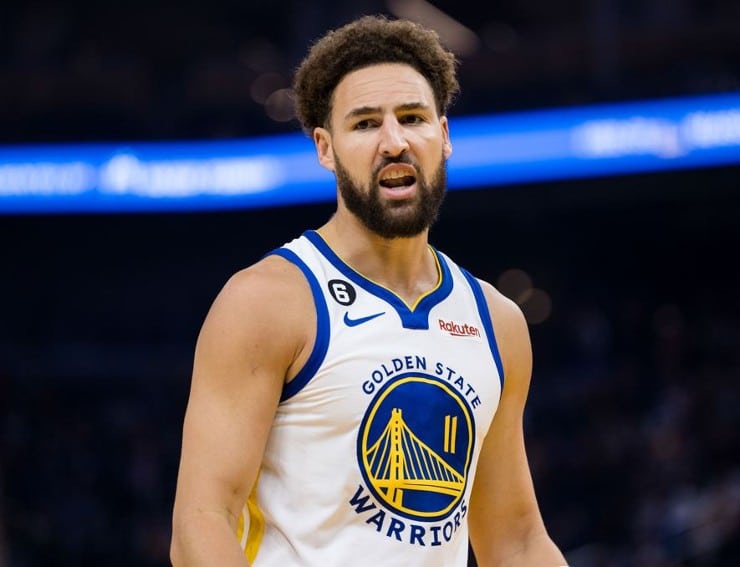 Thompson finished 8-of-16 (50%) shooting from downtown. It was the six-year anniversary of his 60-point performance against the Pacers. The five-time All-Star entered Monday night’s matchup with 1,982 career three-pointers, tied with Nowitzki at 15th on the list.

Based on a few NBA betting sites, Klay Thompson and the Warriors remain the favorites to win the Western Conference this season. However, some sportsbooks show better odds for the Los Angeles Clippers.

Klay Thompson only needed six threes to tie Kidd (1,988). Of course, he overachieved against the Pacers, bringing his career total to 1,990 three-pointers.

Now, Thompson needs to make 39 threes to pass Miami Heat guard Kyle Lowry (2,028) at 12th all time. He could move up the list again in the coming months. The Warriors guard is averaging 3.9 three-pointers per game, whereas Lowry is logging 2.4 threes per contest.

Barring a major injury, the 10-year veteran could pass at least one of these All-Stars. Then again, passing an active player on an all-time list will always be a challenge.

Klay Thompson knocks down three consecutive 3-pointers to tie the game at 42. Pregame, Steve Kerr said there is just something different about Thompson when he goes unconscious shooting. That little stretch felt like one of those moments.

“I remember people being mad at me for not keeping him out there on the floor so that he could try to get 70, but we had a big lead and at the end of the third it was clear cut we were going to win the game,” said Warriors coach Steve Kerr.

“It was an easy decision. I just remember, we’ve seen Klay get hot a lot over the years, but there’s a few games that stand out and that’s one of them.”

Klay Thompson also needs 154 three-pointers to pass Hall of Famer Boston Celtics legend Paul Pierce (2,143) at 11th. It should go without saying that he has little to no chance of passing Curry or Harden.

Nonetheless, the four-time NBA champ could finish ahead of Pierce and Lowry at the end of the season.

Through 24 starts, the Heat guard has made 57 threes this season. Meanwhile, Thompson has hit 78 threes in just 20 starts. If the Warriors guard stays healthy, he will continue to break records and move up the list.