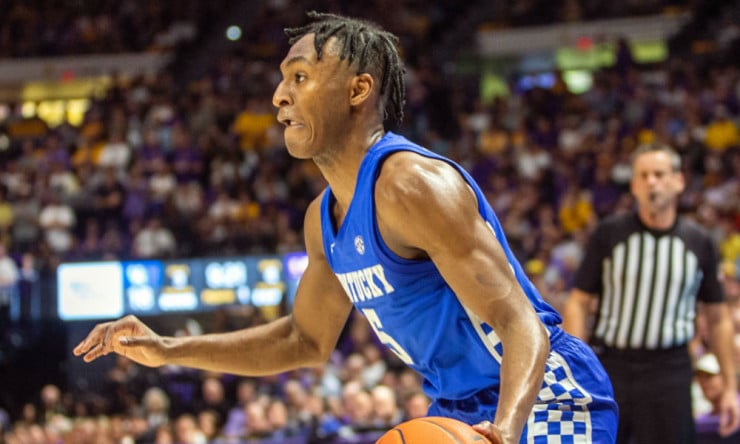 Immanuel Quickley’s stock seems to be on the rise ever since he susbtituted the injured RJ Barrett in the starting lineup. He’s been a starter for the Knicks’ last seven games, averaging 20.3 points, 5.9 assists and 5.3 rebounds.

And teams in the NBA are starting to notice. The Dallas Mavericks, Washington Wizards and Milwaukee Bucks, are only some of the teams who’ve shown interest in a trade for New York Knicks guard, as rumours have been confirmed by Michael Scotto of HoopsHype.

In exchange for the 23 year old, New York would reportedly be asking for a first-round pick. But on the flip side, the Knicks might decide he is worthy of being kept as part of the team core, especially since he’s proved to be such a versatile asset for the squad.

Just yesterday he had a solid game against the Bucks, although New York lost by a 4 point margin. Here are his highlights from last night’s match:

Last month, the third year guard found the best performances of his career as he scored 36 points against the Spurs, just a game before he found 15 assists when they defeated Dallas.

The Knicks have bounced back after a very slow start of the season and as of mid season they are standing 7th in the East, climbing back into the playoff zone.