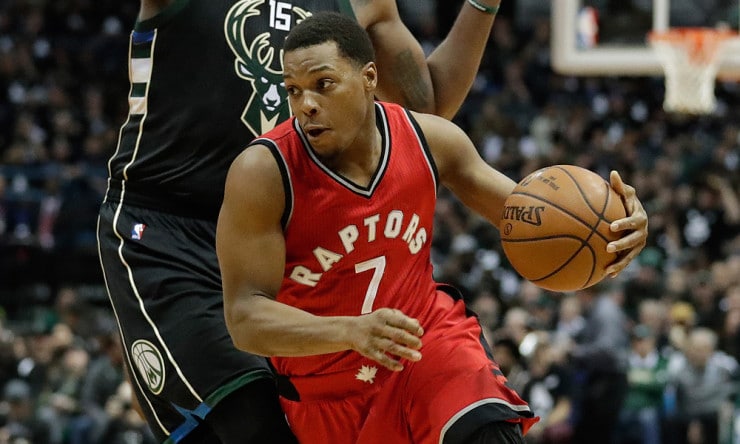 Kyle Lowry is a happy man these days. There are no complaints as he’s starting his sixth season with the Toronto Raptors.

But one of the many NBA rumors floating around over the offseason was Lowry, a free agent at the time, was looking elsewhere, with San Antonio a possible destination.

Turns out that rumor was partially true.

“Not saying that I wanted out, but I did look at teams to see what was going on,” said Lowry. “I mean this place would’ve been a great place.”

Lowry, 31, eventually signed a three-year, $100 million deal to stay with the Raptors in July. He finished last season averaging 22.4 points, 7.0 assists, 4.8 rebounds and was named an Eastern Conference All-Star for the third time.