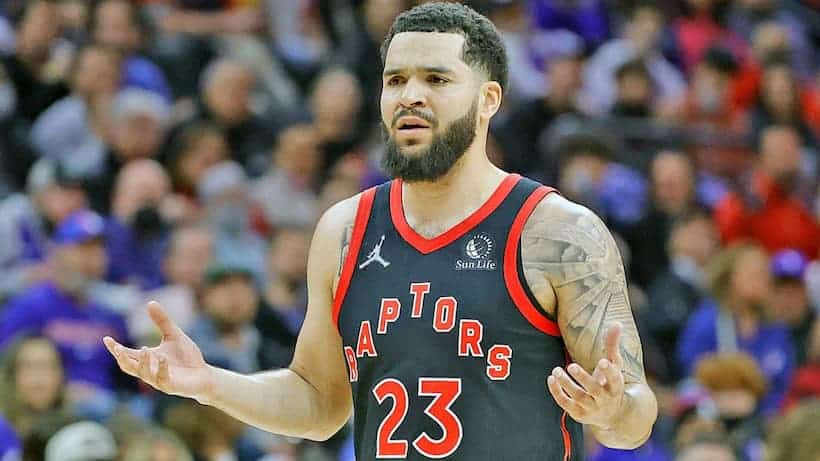 LeBron James and the LA Lakers have been trying to hold their season together since Anthony Davis went down with a right foot injury. The Lakers are currently 19-21 so far this season and are on a five-game win streak. One player rumored to be on the move for the Lakers almost all season is Patrick Beverley. LA have been rumored to want to swap Beverly for this former NBA Champion who turned down am $100 million plus contract.

At twelfth in the West, the Lakers could be interested in acquiring more talent that can help turn the season around. Former NBA Champion Fred VanVleet is the player being talked about in a swap for Beverley. There’s no question that VanVleet would instantly be the best shooter on the team even with the down season he’s having for the Raptors.

California Sports Betting sites have the Lakers at (+2500) to win the Finals this season.

Could Fred VanVleet be a real trade target for the Lakers?

According to Dan Favale of Bleacher Report, VanVleet could be very attainable for the Lakers since he turned down a $114 million contract extension. VanVleet denies that he rejected the deal. Favale had this to report on the trade rumors.

“The Lakers may not want to mortgage so much of their future with Anthony Davis injured, but Peak Fred VanVleet keeps Los Angeles’ playoff hopes alive without him. And a full-strength Lakers team becomes exponentially more lethal with FVV alongside AD and LeBron James.” – Dan Favale

Sending the Raptors Kendrick Nunn and Patrick Beverley would be a mathematically fair trade. Reports have also stated that Gary Trent Jr. is available for trades as well if the Lakers were to have any interest in signing him. VanVleet is exactly what the Lakers need right now. He has range from anywhere on the court and can create shots for himself. He’s averaging 19/4/6 this season.