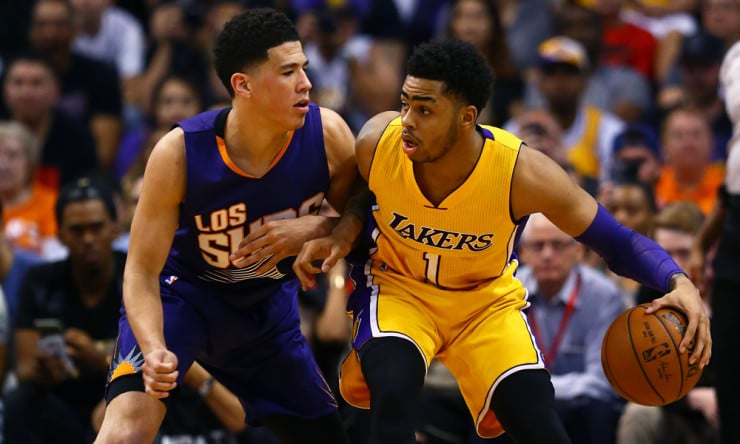 Following the game, coach Luke Walton offered constructive criticism of Russell’s performance, claiming the second-year point guard still needs to master the delicate balance of reading an NBA defense and deciding the proper time to shoot and pass out of pick-and-roll sets.

“He struggled a little bit early because he really is trying to do the right thing, do what we’re asking him,” Walton told reporters after the loss. “But at this level, there’s a fine line of doing what the coaches want and playing off feel. The guy has got a phenomenal feel for the game. So a lot of picks he was coming off, he was trying to play make even though he was open for the shot. So what we’re trying to tell him is, any time you’re open, shoot it. We want you to play make, we want you to get everyone involved from the point guard position. But when you’re coming off screens and you’re open, the best way to make that defense pay is to shoot. He’s one of the best shooters we have.”