Home » news » Lamar Odom Planning To Retire As A Laker 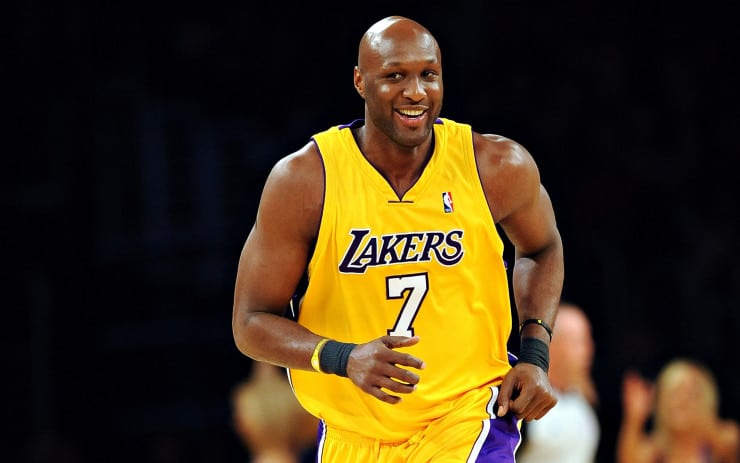 Lamar Odom hasn’t played in the NBA since 2013 when he averaged career lows across the board. Only two seasons before that he was a key part of the Lakers while winning the Sixth Man of The Year award. However, a trade to the Mavericks left him emotionally hurt and he began a slow descent into addiction and depression. He almost died from an overdose that left his kidneys failing while he sat in a hospital on life support.

At some point, Odom will come full circle in Los Angeles, with plans being discussed for him to sign a contract to retire as a Laker in training camp. “My family looks forward to me retiring as a Laker more than me,” Odom told The Vertical. “I’m not really emotional about being praised, about signing for a day. I’m shy at the end of the day. For my son, for my family, for my fans, they may enjoy that day. It’s for them. “I ain’t celebrating not playing no more. In life though, I’ve learned to live with regrets.”