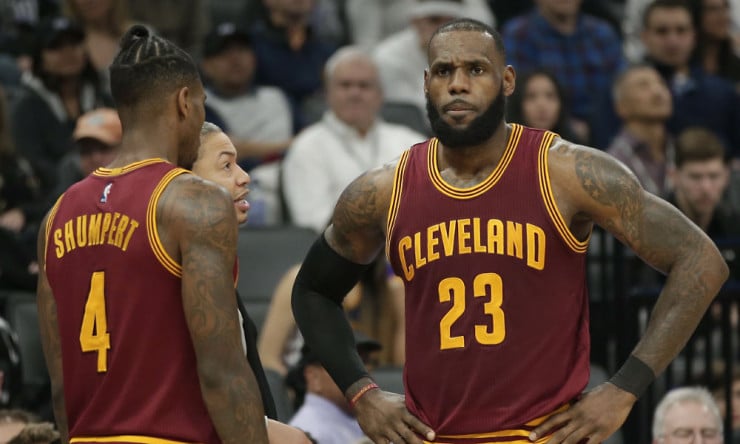 “We had some bad breaks, obviously, with the jump ball,” James said. “A couple of their guys were out of bounds. And then with the jump ball for Kyrie in the corner, I’m sitting right next to the ref [Leroy Richardson] and asking for a timeout, and the explanation he gave me, I never heard in my 14-year career. Never.”

“He told me that I’m not allowed to call timeout because he didn’t know who had possession of the ball,” James said. “And I was the one who entered the ball to Kyrie.”