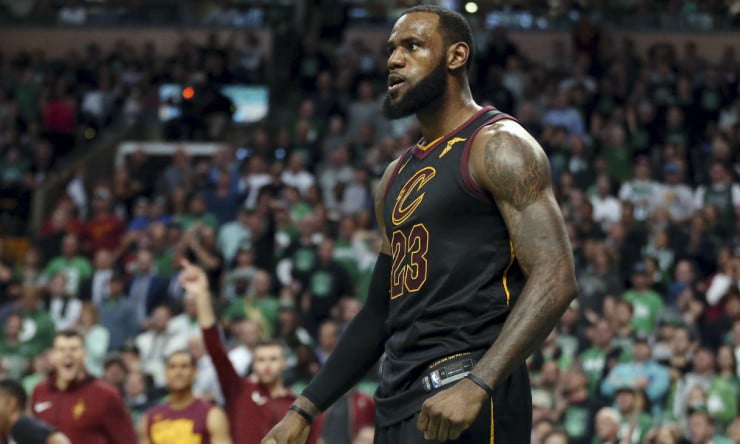 For the eighth straight year, [LeBron] James’ team will represent the Eastern Conference in the NBA Finals. But this may have been one of his more remarkable accomplishments.

James helped Cleveland overcome a 3-2 series deficit, winning twice even after Kevin Love — maybe the most capable of his otherwise underwhelming supporting cast — was lost to a concussion early in Game 6.

The Celtics had been a spotless 10-0 this postseason at TD Garden before James & Co. delivered a lone season-ending blemish.

James now has won six straight Game 7s. The Cavaliers are the first team since the 2008 Celtics to win multiple Game 7s to get to the Finals.