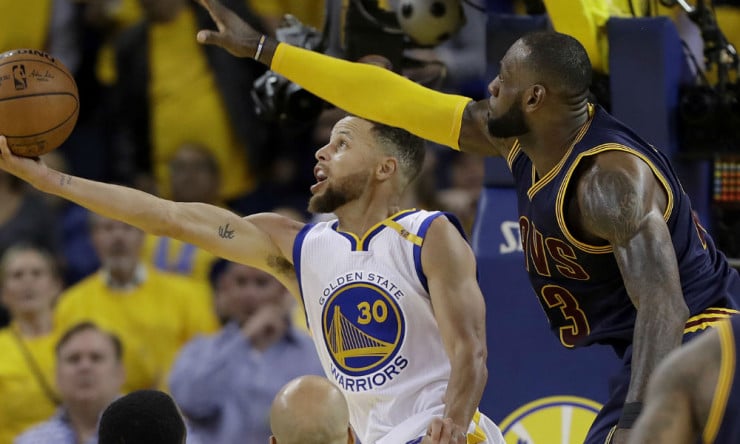 LeBron James has been brilliant in the first two games of the NBA Finals, which still have been lopsided losses for his Cleveland Cavaliers.

While James has delivered — he had a triple-double on Sunday night in Game 2 — it hasn’t been nearly enough against the superstar-laden Golden State Warriors.

Kevin Love provided a needed scoring boost in Game 2, after Kyrie Irving did the same in Game 1, but almost no one else came through for Cleveland, sending the Cavs to a 132-113 loss and an 0-2 series deficit.

“I thought for the most part with the game plan that we had we tried to execute it as close as possible,” James said. “Much more physical today than we were in Game 1. And we forced them to 20 turnovers, and they still beat us pretty good. So we got to be much better too.”