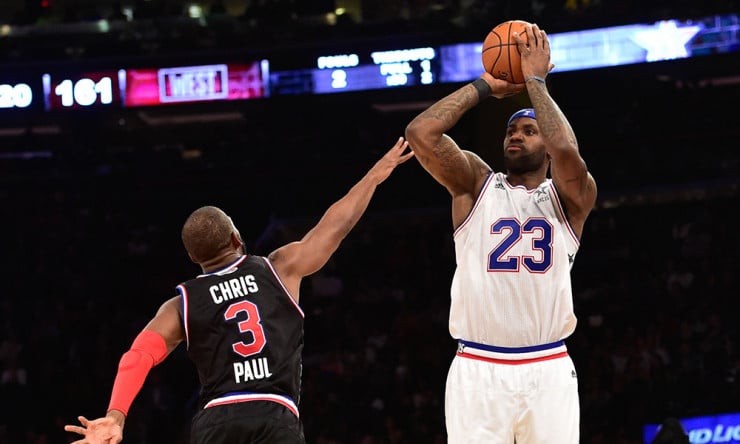 LeBron James has intentionally torn the sleeves on the new jerseys being worn by the Cavaliers in their game against the New York Knicks.

James has said in the past that he’s “not a fan” of the body-hugging jerseys because they restrict him when he’s shooting. On Wednesday night, an irritated James, in the midst of a 4-of-11 shooting performance in the first half, did some in-game alterations by ripping the seams on the sleeves around his biceps.