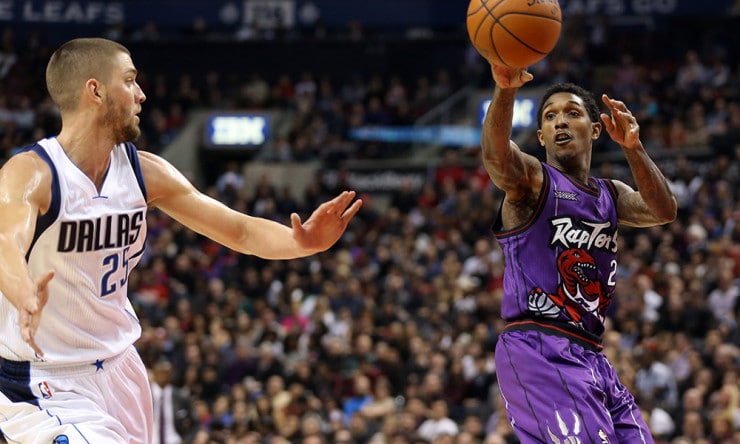 The Toronto Raptors’ Lou Williams, who averaged a career-high 15.5 points this season and helped Toronto win a franchise-record 49 games, is the winner of the 2014-15 Kia NBA Sixth Man Award as the league’s best player in a reserve role, the NBA announced today. The 6-1 guard becomes the first Raptors player to earn the honor.

Williams, in his 10th NBA season and first with the Raptors, amassed 78 first-place votes and 502 total points from a panel of 130 sportswriters and broadcasters throughout the United States and Canada. Isaiah Thomas of the Boston Celtics finished second with 324 points (33 first-place votes), and two-time winner Jamal Crawford of the Los Angeles Clippers was third with 131 points (eight first-place votes).

Williams came off the bench in all 80 of his appearances and averaged 25.2 minutes. He led or tied for the team lead in scoring 18 times, second most in the league for a reserve, and the Raptors went 14-4 in those games. The 28-year-old also led the Raptors in free throw percentage (86.1) and made a career-high 152 three-pointers, nearly double his previous high of 88 set with the 76ers in 2010-11. On March 4, Williams set a Toronto record for points in a quarter with 21 in the fourth period against the Cleveland Cavaliers.