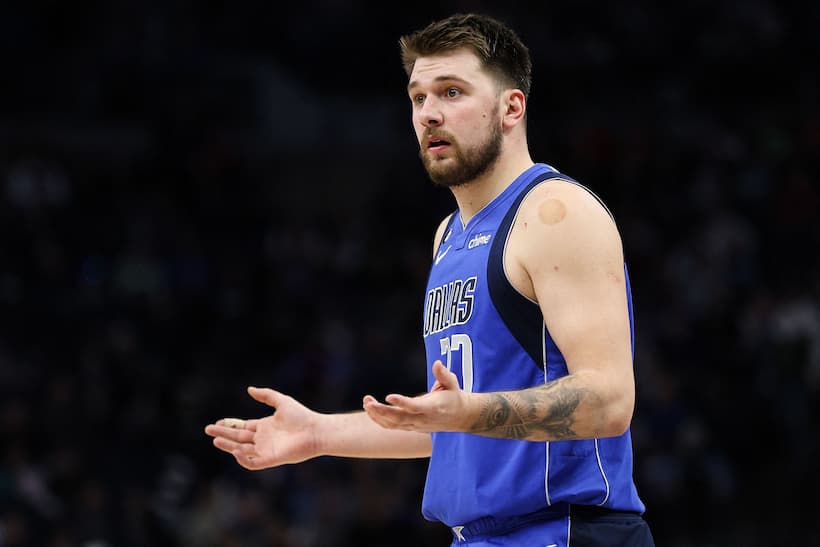 Luka Doncic and the Dallas Mavericks are 24-21 on the season and sit at fifth in the West and are only 2.5 games from third place. The loss of Jalen Brunson to the Knicks in the offseason has hurt the Mavericks offensively this season and Doncic has had to carry the team more times than not. Sources said Doncic has now strongly indicated to the Mavericks that he wants them to upgrade the roster before the trade deadline.

Injuries and overall inefficacy has plagued the Mavericks this season and they are still three games over .500 in the West. That is in large part to the usage rate of Luka Doncic for Dallas. The Mavericks are 0-5 without him this season and he’s without question the MVP and then some for his team.

NBA betting sites have the Mavericks at (+2800) to win the Finals this season.

REPORT: Luka Dončić “has strongly indicated he wants the Mavs to upgrade [the roster] before the Feb. 9 trade deadline.”

Will the Mavericks make some upgrades to the roster to help their superstar?

NBA insider from ESPN Tim McMohan noted that Doncic normally does not get involved in the front office dealings in the summer and is not recruiting other players to come to Dallas. Now, however, Doncic has changed his mind in what he wants the team to do. McMohan had this to report.

“Sources said Doncic, who hasn’t shown a desire to be involved in personnel matters in the past, has strongly indicated he wants the Mavs to upgrade before the Feb. 9 trade deadline,” – Tim McMohan

Doncic is averaging (33.8) points, (8.9) rebounds, (8.8) assists, and (1.6) steals per game for the 2022-23 season. Nobody on the Mavericks roster comes anywhere close to putting up that kind of production like that, but they still have key pieces who help contribute.

Christian Wood averages (18.9) points, (8.4) rebounds, and a team leading (1.2) blocks per game. Spencer Dinwiddie has made 44 starts for Dallas this season and is providing a solid 17/3/5. Finally, Tim Hardaway Jr. also contributes a nice 14/3/2 for the season. After them, there’s a huge drop off in the roster and it’s evident that the Mavericks are a few more pieces away from being a championship contender at the moment.