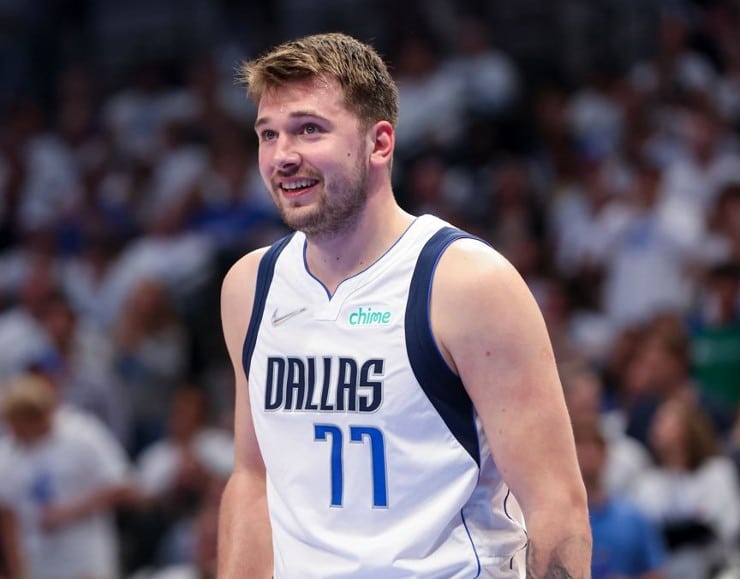 Dallas Mavericks PG Luka Doncic has been on an absolute tear to begin the 2022-23 season. He leads the team in points, rebounds, assists, and steals per game. The Mavericks are 4-3 after their 103-100 victory vs a tough Utah Jazz team who came into the game at 6-2. With another 30+ point performance last night, he’s setting more records to begin the season.

Luka has started the season with seven-straight 30+ point games and is only the third player in NBA history to do that. NBA betting sites have Doncic as the favorite to win MVP this season with (+275) odds. He had  33 points, 5 rebounds, 11 assists, and 2 steals in his last game.

This is his fifth season in the NBA and the three-time all-star is still only 23 years old. Doncic will continue to have these opportunities to shine as he is far and away the best player on the Mavericks. In previous seasons Luka has carried the team for the most part. This year, his burden is even bigger, but Doncic seems to be thriving.

7-straight games for @luka7doncic with 30+ points.

Doncic has joined Jack Twyman and Wilt Chamberlin as the only players in NBA history to have 30 or more points in the first seven games of the season. He’s the first to do it in nearly 60 years and that speaks to how gifted the Slovenian really is. Chamberlin recorded 23 straight games with 30 or more in 1962-63 and that will be a tough record to beat. In 1959-60 he had eight eight straight games with 30 plus, which Doncic has the chance to do.

Luka recognized the great Wilt Chamberlin after the game and expressed his love for the game of basketball.

Luka Dončić just became the first player since 1962-63 — and only the third player in @NBA history — to record 30+ points in each of the first 7 games of the season.

The Mavericks next game is Friday night at 8:30pm when Doncic will have the chance to tie Wilt Chamberlin’s record of eight straight games with 30 points or more. All eyes will be on him tomorrow.