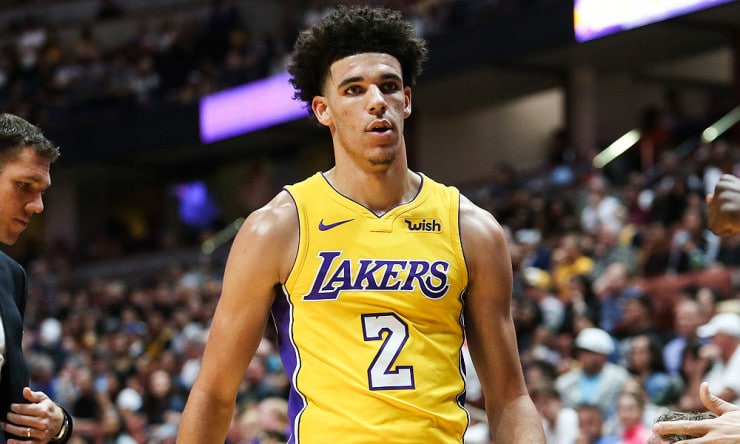 The Lakers drafted Lonzo Ball with the hopes his shot-making abilities in college would translate over to the NBA. So far, that hasn’t been the case. He’s shooting a dreadful 31 percent from the floor and 25 percent from 3-point range. Some feel it’s related to his odd shot form and that he should change it.

Lakers president Magic Johnson disagrees that they should rush into a change. Johnson went on ESPN’s “Mike and Mike” to discuss Ball’s awkward shot form.

“I think it’s a fine line because what you have to do is first, he’s been shooting that way his whole life. So what we wanted to do is let him play his game. Let him shoot the way he’s been shooting and hopefully they’ll go in. And so, we’re not gonna mess with it. We’re gonna let him shoot and play his game. If after the season, and he’s not shooting well, then we’ll sit down with him and say, ‘Hey, let’s maybe look at different way or let’s try to improve the way you are shooting.”

“We can break it down with him, but we don’t want to mess with his shot. He’s proven that he’s knocked that shot down. And we want to encourage him to keep shooting.”

The Lakers know what it drafted; they’ve seen Ball make baskets before. Sometimes patience is the best approach for an NBA rookie who’s only played 14 games so far. Is the shot a concern right now? One hundred percent yes, but that isn’t always something that needs to be immediately worked on.

Source: Magic Johnson via Mike and Mike via Chris Barnwell of CBS Sports