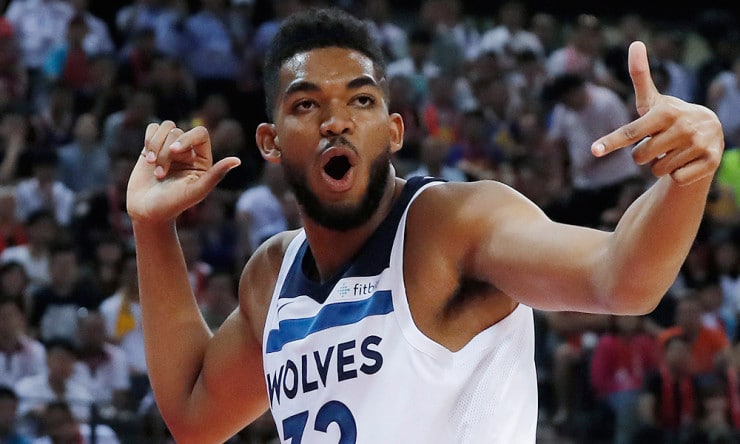 The Minnesota Timberwolves shoot for their fourth win in six games. After a tough loss against the Nuggets, they will play host to the rebuilding Orlando Magic at Target Center. BetOnline odds for this game are posted below.

The Magic aren’t releasing much information regarding the progress of several key players on the injured list. According to Jack Robbins of the Athletic, this lack of transparency of the Magic is irking many fans. Markelle Fultz, Jonathan Isaac, and Chuma Okeke haven’t played a single game this season because of injuries. The Magic hasn’t given any timetable for all of them, which comes as a surprise to their fans. Fultz and Isaac are still recovering from knee injuries. Meanwhile, Okeke hasn’t played a single game this season due to a bone bruise in his hip.

Timberwolves head coach Chris Finch said he deserves much of the blame for Towns’ unproductive night. In their last game, the All-Star center attempted only 11 shots in the close 93-91 loss to the Nuggets. Finch emphasized the need to put Towns in the best positions to score the ball.

“We needed to find KAT more. Eleven shots are not enough. I’ll take responsibility for a lot of that. In general, we’ve got to find him more,” Finch said in the post-game press conference.

The Magic will be taking its last stop of a three-game road schedule before hosting the Celtics on Wednesday. Orlando has dropped three of their last four games away from home, including Saturday’s 110-103 loss in Detroit. Ironically, their only win of the season also came on the road against the New York Knicks.

The Wolves, on the other hand, have been inconsistent over the last three games. After splitting a back-to-back with the New Orleans Pelicans, Minnesota came through with a statement win over the Milwaukee Bucks 113-108. They had a chance to up their record to 4-1 but came up short against the Nuggets. After the Magic, the Wolves will have two more home games against the L.A Clippers before going on the road again.

This ending in the Nuggets vs. Timberwolves game ?

Cole Anthony has been a revelation for Orlando early his season, averaging 17.7 points, 7.4 rebounds, and 5.3 in 33 minutes per game. He’s getting a lot of minutes and the license to shoot in volume with Fultz still unable to play. NBA fans should expect an entertaining match-up between him and Wolves guard D’Angelo Russell, who is also a pretty good scorer at the point.

After finishing just 14 points and eight rebounds in his last game, Karl-Anthony Towns will definitely produce better numbers vs. the Magic. Unlike the Nuggets with Jokic, the Magic doesn’t have an elite-level defender to contain Towns from scoring in the paint. Of course, Minnesota would still need solid production from Russell and second-year guard Anthony Edwards. Nevertheless, he’s going to be a huge difference-maker in the match.

Moneyline and ATS: Wolves claiming a double-digit win and covering the spread.

O/U: Minnesota thrives when the total score isn’t that high. With that, it’s ideal picking the UNDER.