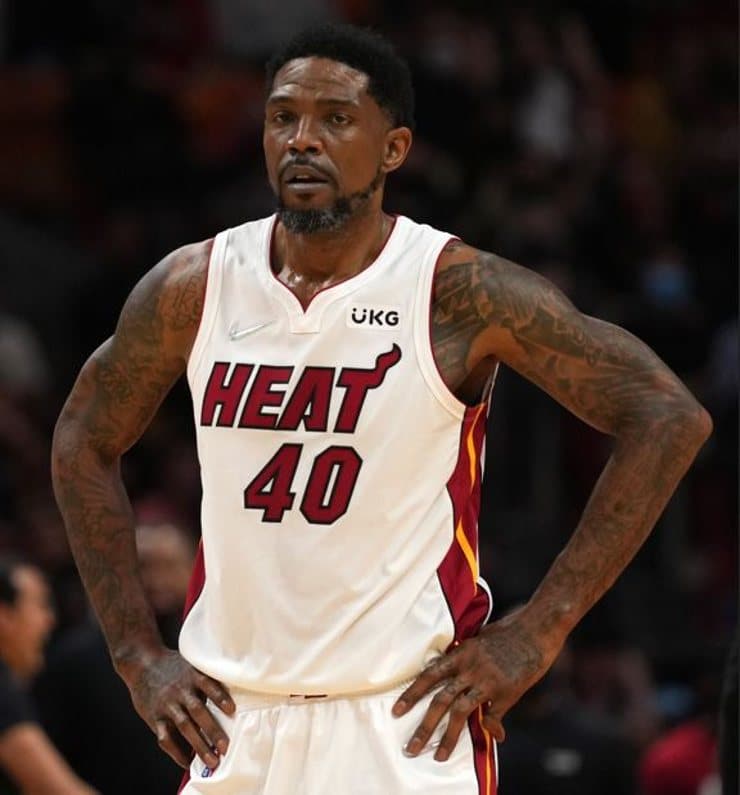 It’s been an average season at best for the Miami Heat this season. They battled the Boston Celtics to a tough seven-game series in the playoffs last year and the Heat haven’t been the same since then. Miami are 16-16 so far this season which is tied for fist place in the Southeast Division with the Atlanta Hawks. A long-time veteran of the Heat said that the team is in “hangover” after being eliminated by the Boston Celtics in the playoffs last season.

If there’s any player on the Heat who knows what they’re talking about Miami is it Udonis Haslem. He’s in his 20th season as a pro and has played all of them as a member of the Heat. Haslem knows the vibe of the locker room and much more on the team. The 42 year old clearly knows what he’s talking about.

NBA betting sites have the Heat at (+4000) to win the Finals next season.

This morning, UD hosted a shopping spree for kids to get whatever they wanted for the holidays 🛍️ 👏 pic.twitter.com/4nXCTxLMTT

The Miami Heat were one shot away from making it back to the NBA Finals last season, but fell just short. Miami’s 2022-23 season has not started off as they had imagined. They’ve struggles to find consistent wins and have had some nagging injuries have some of their best players miss valuable time.

At one point this season the Heat were all the way at twelfth in the Eastern Conference, but have climbed back to seventh in the East as of now. 20-year NBA veteran and long-time member of the Heat Udonis Haslem explained it as a “little hangover” to start this season.

“Sometimes you have a little hangover. We had a long season last year. One shot away from the Finals,”… ““Sometimes you just expect to pick up where you left off. We expect the camaraderie and everything to pick up where it left off, and we maybe forgot how hard we had to work to get that chemistry.” – Udonis Haslem

Their 2022 playoff elimination was clearly hard on the entire team and they’re still trying to find their footing once again.