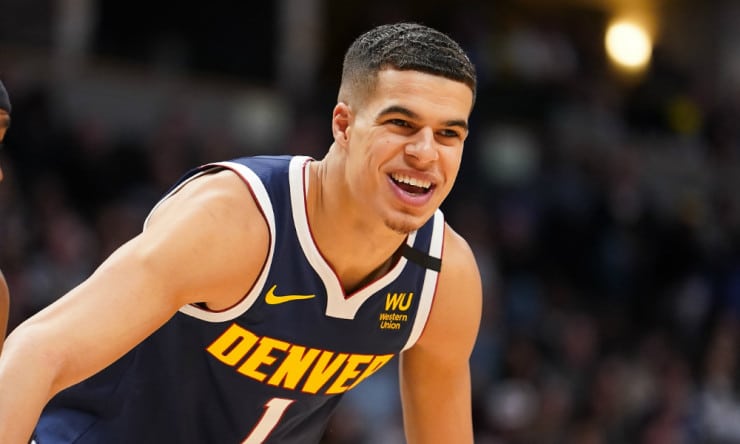 Denver Nuggets forward Michael Poter Jr. will miss his first game of the season tonight vs the Lakers. There is optimism that he could be ready for the teams game on Friday vs the Jazz.

The 24 year old only played in nine games last season after he had to get his third back surgery at such a young age. He’s listed as out due to (lumbar management).

Back issues have sadly been a reoccurring theme in Porter Jr’s career thus far.  There’s a reason he was a top 15 pick in the 2018 NBA draft. He’s a gifted basketball player who’s had injuries play a large factor as well.

Denver Nuggets forward Michael Porter Jr. (lumbar management), will miss his first game of the season tonight vs. the Lakers (ESPN, 10 ET), but there’s optimism he could be back vs. Utah on Friday, sources tell ESPN.

Porter Jr. is the second-highest scorer on his team (18.3) behind Nikola Jokic (20.3). He also averages 5.8 rebounds and 1.3 assists this season. His 18.3 points per game are also being scored efficiently as well. Through four games he’s shooting 51 percent from the field and exactly 50 percent from the three.

The Nuggets will have to make a few adjustments in their lineup to try and make up for Porter Jr’s production. Aaron Gordon could switch to SF and someone like Jeff Green or Bruce Brown could get the start. We may see Nikola Jokic have to step up his game which he’s more than capable of doing.

Most made threes by a player this season:

Jokic has won back-to-back MVPs and he knows a thing or two on carrying the team on his back. The Nuggets were without Porter Jr for all but nine games last year and Jamal Murray missed the entire season with an ACL injury. Murray is back this season and his numbers are slightly down.

He may be trying to get himself back to the player he once was and it can take time. Tonight would be a perfect opportunity for Murray to handle more of the scoring output for the Nuggets. Denver will face a Lakers squad who is full of high-level defenders.