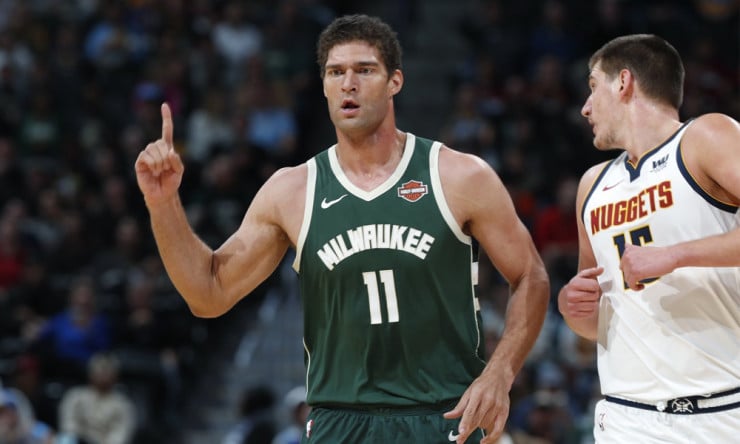 The Milwaukee Bucks got everything they thought they’d get and more when the team signed Lopez in the 2018-19 season. Lopez has been the defensive anchor and presence on the boards for Milwaukee over his last five seasons with the team. His effect on a game can be overshadowed with superstars like Giannis Antetokounmpo on his team. He blocks out the noise and gives his all each and every game and that’s why Lopez is having a his beast season yet statistically with the Bucks.

At 34, Brook Lopez is tied with Brooklyn’s Nic Claxton for blocks this season at (2.6). His points, rebounds, and field goal percentage are all the best he’s had since joining the Bucks. The one-time all-star also finds himself on a list with some of the best shot blockers the NBA has ever seen.

Wisconsin Sports Betting sites have the Bucks at (+600) to win the Finals this season.

Us pulling up to vote for Jrue for #NBAAllStar after last night's late-game heroics. 😤

Brook Lopez turning back the clock this season with the Bucks

The 2021 NBA Champion is also sporting a scorching 38 percent from deep this season, something not many seven-footers can do. Don’t forget that Lopez did not attempt a single three-pointer in his first five seasons in the league. Lopez has evolved with the game and it’s been more than beneficial in his career.

There are only a handful of NBA legends who have had 100+ blocks with a team in their first 40 games at 34+ years of age and Lopez joined that elite company. His 101 blocks in 39 games played this season put him on a list with NBA greats like Alonzo Mourning, Patrick Ewing, Tim Duncan, and David Robinson.