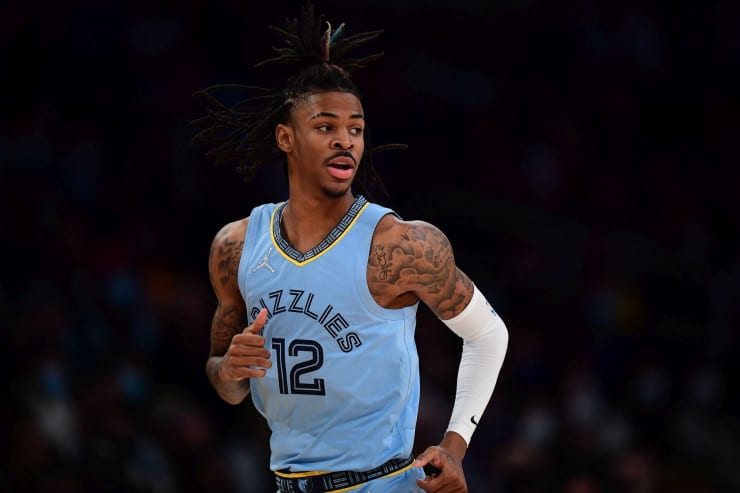 Memphis has been one of the many feel-good stories this season. The Grizzlies are currently third in the Western Conference standings, just behind the Suns and Warriors. One of the many reasons why this team has had such tremendous success revolves around their All-Star point guard.

After establishing themselves as one of the up-and-coming young teams in the league for the past few seasons, the Grizzlies have evolved into legitimate title contenders this year. There is plenty of credit to go around, from head coach Taylor Jenkins to the development of players like Desmond Bane, Jaren Jackson Jr, Dillon Brooks, and Brandon Clarke. Morant is the face of this franchise and has been leading by example.

Two years ago Morant lived up to the hype of the second overall pick and won Rookie of the Year honors. His improvement last season continued but this year he has reached a whole new level. His scoring average has gone from 19.1 to 24.7 this year and he is doing it with efficiency, shooting career-high percentages across the board. Numbers aside, it is clear just watching him on the floor that he is the clear frontrunner for this award.

While Morant is must-see television every night, he is not the only player having a breakout season. Miles Bridges has been near the top of the list from opening night and is also one of the most electrifying players to watch this season. He has vastly improved his overall game, providing the Hornets with a solid sidekick to LaMelo Ball. Charlotte’s future is extremely bright with these two, considering the work ethic and progression that Bridges has shown.

Another player to monitor down the stretch is Dejounte Murray. The five-year pro has made a gigantic leap in his play this season, becoming the floor general that the Spurs so badly needed. Murray (+1400) currently leads the league in steals, is fourth in assists, and ranks inside the top-25 in points, rebounds, and Player Efficiency Rating. The dynamic point guard has recorded nine triple-doubles this season, second only to reigning MVP Nikola Jokic.

Another point guard is in the mix as Darius Garland (+1000) who deserves a spot in the All-Star game in the city where he plays. Right now Morant is at -200 odds to win the award with Bridges (+600) and Garland (+1000) just behind. All are deserving winners but Morant’s clutch performances and defensive playmaking are just some of the instances that separate him from the others. So much so that even Draymond Green thinks Morant should be getting votes for the MVP award.

“When I say hell no about the MIP conversation – Ja, in my opinion, Ja has already passed that,” Green said. “Let’s talk about the MVP conversation. That’s the category that I personally feel like Ja Morant needs to be mentioned more in. He’s playing at an MVP-level, All-Star starter, all of those things he is at that level.”

Two years ago the Grizzlies invested their future in a skinny, 20-year old guard out of Murray State. Since then, Morant has earned Rookie of the Year honors, made his case to be an All-Star, and quickly developed into one of the premier point guards in the league. He has helped transform Memphis into contenders and is garnering support for the MVP award. He seems like a lock for the Most Improved award this year, and Vegas seems to agree.