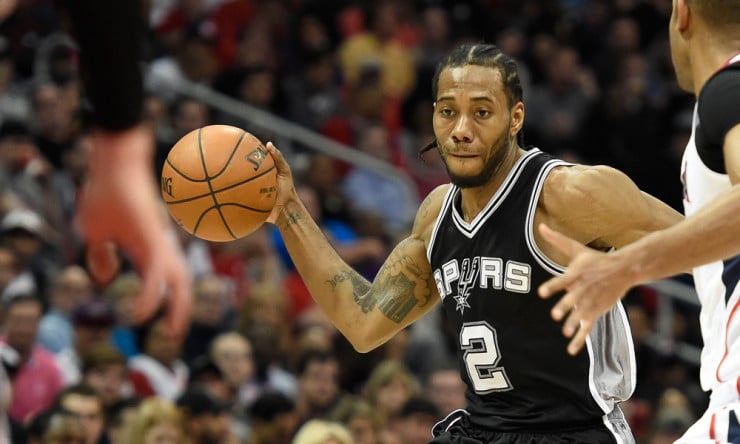 Defensive Player of the Year Kawhi Leonard of the San Antonio Spurs has been unanimously selected to the 2015-16 NBA All-Defensive First Team, the NBA announced today.  The 6’7 forward is the only player this season to receive all 130 First Team votes (260 total points) from a panel of sportswriters and broadcasters in the United States and Canada.

Players were awarded two points for each First Team vote and one point for each Second Team vote.  Voters were asked to select two guards, two forwards and one center for each team, choosing players at the position they play regularly.  Players who received votes at multiple positions were slotted at the position where they received the most votes.