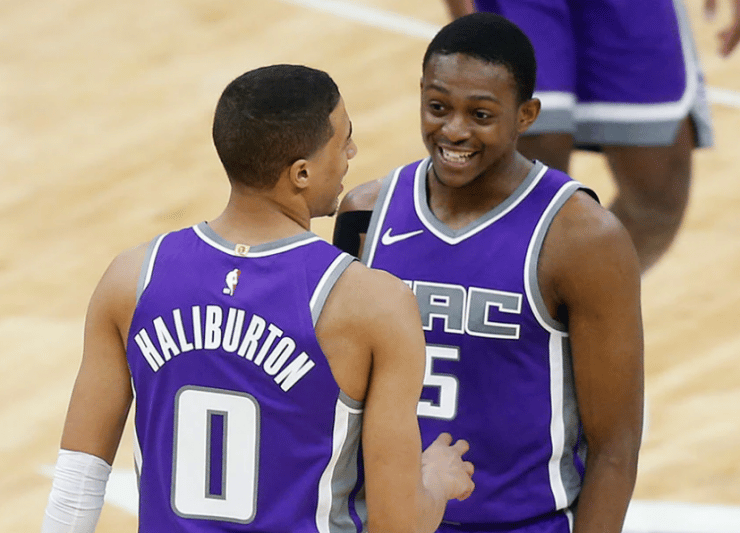 The Los Angeles Lakers make the short trip to Golden 1 Center for a road date with the Sacramento Kings on Tuesday evening. The Lakers (11-11) are coming off a 110-106 road win over the Detroit Pistons on Sunday. The Kings (8-13) are off to a poor start, losing seven of their last 10 games. Los Angeles opens this game as road favorites.

Kendrick Nunn (knee) is a game-time decision for the Lakers. Trevor Ariza (ankle) remains out indefinitely.

LeBron and Lakers Dispose of Pistons

James had 33 points, nine assists, and minimal confrontations with Isaiah Stewart in the Lakers’ 110-106 victory over Detroit. Russell Westbrook had 25 points and nine assists, and Anthony Davis added 24 points and 10 rebounds. The Lakers returned to .500 with their second win over Detroit in eight days, rebounding from an embarrassing triple-overtime loss to these same Sacramento Kings on Friday.

The Catch + The Splash pic.twitter.com/DNn8WM7mhn

Los Angeles once again failed to pull away from a below-average opponent, but still beat the Pistons at Staples Center for the fifth straight time. Anthony Davis and company are averaging a robust 111.3 points per game. What’s troublesome is Los Angeles’ 114.1 points allowed per game, ranked 29th in the NBA. Typically LeBron’s teams ramp up their defensive intensity as the season progresses, so expect those numbers to improve.

The Kings’ defensive problems and shooting woes continued with a 128-101 loss against the Memphis Grizzlies on Sunday. Buddy Hield led the Kings with 14 points but was 5 of 17 from the field, including missing eight of his nine 3-pointers. Terence Davis had 13 points, and De’Aaron Fox added 12 but was 4 of 12 from the field. It was a far cry from their impressive OT victory over the Lakers two nights prior.

.@coorslight Cold Hard Fact: For a second consecutive season, @buddyhield has had at least two 3-pointers in each of the team’s first 20 games. (h/t @TheAthletic) pic.twitter.com/lRMBokO8sx

As a team, Sacto shot 34% for the game, including a deplorable 9 of 42 from beyond the arc. Sacramento played without forwards Harrison Barnes, Maurice Harkless, and Richaun Holmes. Sacramento is 2-2 under Alvin Gentry since he took over when Luke Walton was fired last week. In addition to their poor shooting, they have been awful on the defensive end. Through 21 games, they rank 27th in defensive rating. Coach Gentry’s tough nose approach should provide some dividends as the season continues, but it has not been pretty for Kings fans through November.

The Kings and Lakers met on Friday night, with the Kings overcoming a 14 point deficit and defeating LA in triple overtime. The Lakers led by 13 with 10:02 remaining in the fourth quarter when the Kings stormed back to go up by five with 2:26 left. The defensive breakdowns are becoming much too common for LeBron’s Lakers through the first 20 games of the season.

The Kings are looking for some lens of consistency under new head coach Alvin Gentry. Through 21 games, they rank 27th in defensive rating, but the NBA coaching journeyman will almost certainly deliver a defensive punch to the club. With that being said, the Kings are 3-9 against the spread in their last 12 games, and 1-5 ATS in their last six games at the Golden 1 Center. This is a get-right game for the Lakers after getting embarrassed by the Kings four nights ago.

Look for LeBron James and the Lakers to work out their defensive kinks and shut down the Kings and their problems shooting the ball. Take LA to win and win big.