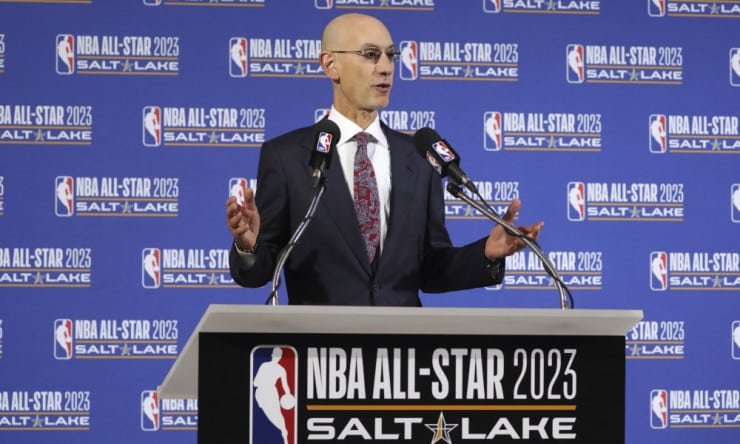 The Brooklyn Nets are better at creating drama this season then they are playing basketball. Leading headlines is Kyrie Irving who’s been under fire for posting a link on his social media to a movie and book that contained antisemetic tropes.

NBA Commissioner Adam Silver made a statement today saying that he is “disappointed” in Irving for not making an apology. That’s not the only drama with the Nets as this moment. The team fired head coach Steve Nash this week after he started the season 2-5. NBA betting sites have the Nets at (+1600) to win the Finals.

“I am disappointed that [Kyrie Irving] has not offered an unqualified apology and more specifically denounced the vile and harmful content contained in the film he chose to publicize.”

Kyrie Irving and the Brooklyn Nets said they are going to make a donation to anti-hate organizations and says he opposes hatred and oppression. Commissioner Silver wants more from him.

“Kyrie Irving made a reckless decision to post a link to a film containing deeply offensive antisemitic material,” Silver said in a statement. “While we appreciate the fact that he agreed to work with the Brooklyn Nets and the Anti-Defamation League to combat antisemitism and other forms of discrimination, I am disappointed that he has not offered an unqualified apology and more specifically denounced the vile and harmful content contained in the film he chose to publicize. I will be meeting with Kyrie in person in the next week to discuss this situation.”- NBA Commissioner Adam Silver

Not only was the superstar called out by the league commissioner, but he was also called out by Brooklyn Nets owner Joe Tsai and Irving removed the post. In a later news conference he would double down and say that he was “not going to stand down for anything I believe in.” Commissioner Silver and Kyrie will meet in person next week to discuss the matter.