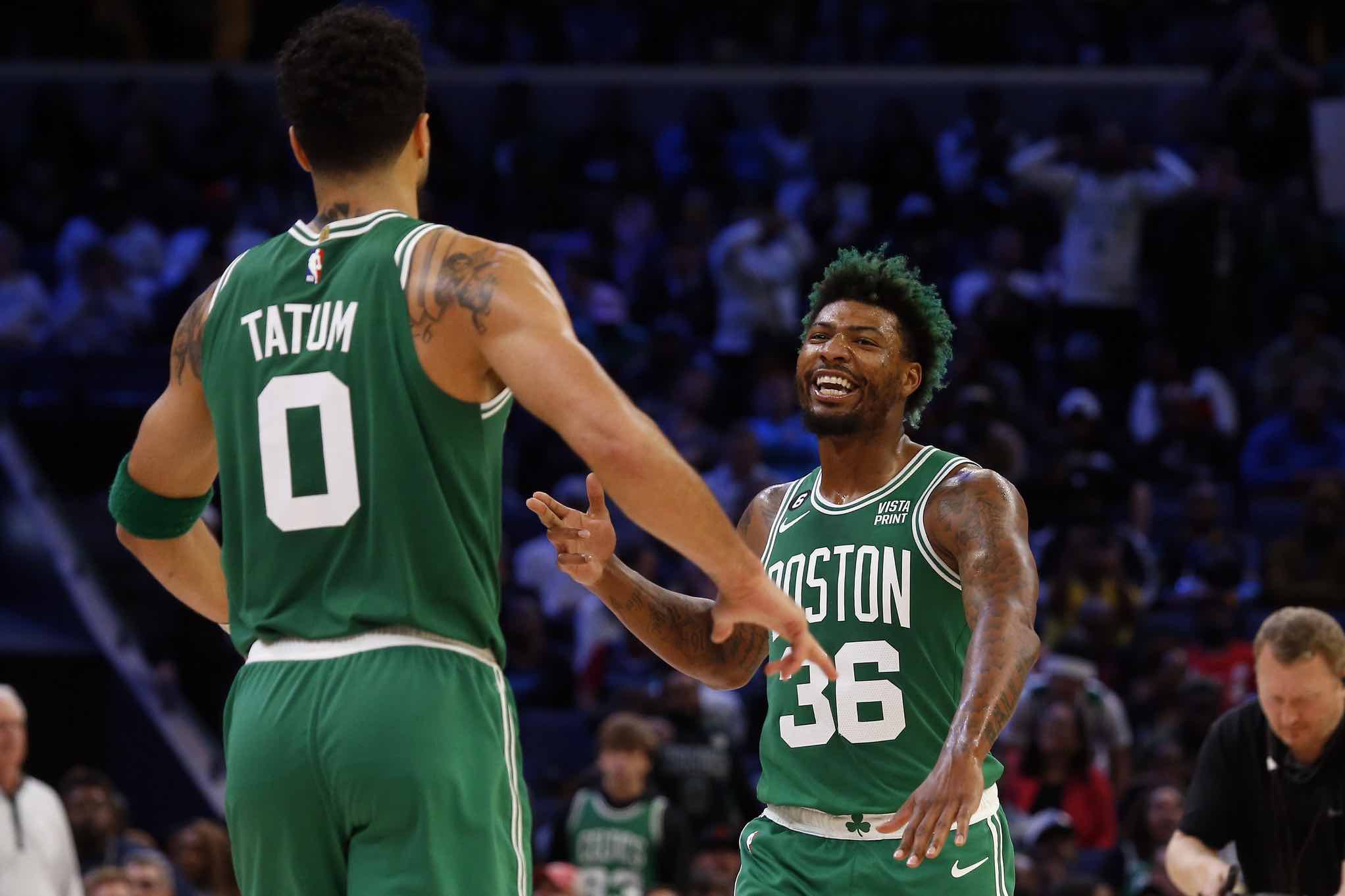 It’s been a special season so far for the Boston Celtics. They are a league best 21-5, and are 8-2 in their last ten games including the past three in a row. The Celtics are 11-2 at home and 10-3 on the road this season. Jayson Tatum is he face of the franchise right now as he is the favorite to win MVP this season. He has a slight lead over Luka Doncic.

Jayson Tatum and Jaylen Brown are a lethal duo for Boston. Both are outstanding two-way players and are crucial pieces in the Celtic’s success. NBA betting sites have Boston at (+300) to win the Finals this season. The next closest are the Milwaukee Bucks at (+600). It’s clear that the Celtics are far and away the best team in the NBA right now.

Celtics still favorites to win the Finals in 2022-23 season

The Celtics big three, Jayson Tatum, Jaylen Brown, and Marcus Smart all contribute heavily in Boston’s success. For the season, Tatum averages (30.5) points, (8.2) rebounds, (4.1) assists, (1.0) steal, and (1.0) block per game. He’s having a career-high season in points per game and field goal percentage.

His counterpart Jaylen Brown averages (26.7) points, (7.1) rebounds, (3.6) assists, and (1.0) steal per game. It’s been a career-high season for Brown in points per game and field goal percentage. His three-point percentage is also tied for the highest it’s ever been in his career. You can’t forget about Marcus Smart, however. He’s last years DPOY and he’s stepped up to be a playmaker for the Celtics this season as well. Smart leads the team in assists (7.6) and steals (1.2) per game. Just like Tatum and Brown, Smart is having currently shooting the highest field goal percentage of his career and also the most assists per game as well.

Tonight's @Gatorade Player of the Game is a dangerous man with the ball in his hands 💫 pic.twitter.com/IC0o7V0I2M

Not only are the Celtics stars extremely talented, but their playing to their fullest potential and beyond. It’s looking like it could be a special year for Boston, but there’s still a lot of basketball yet to be played.