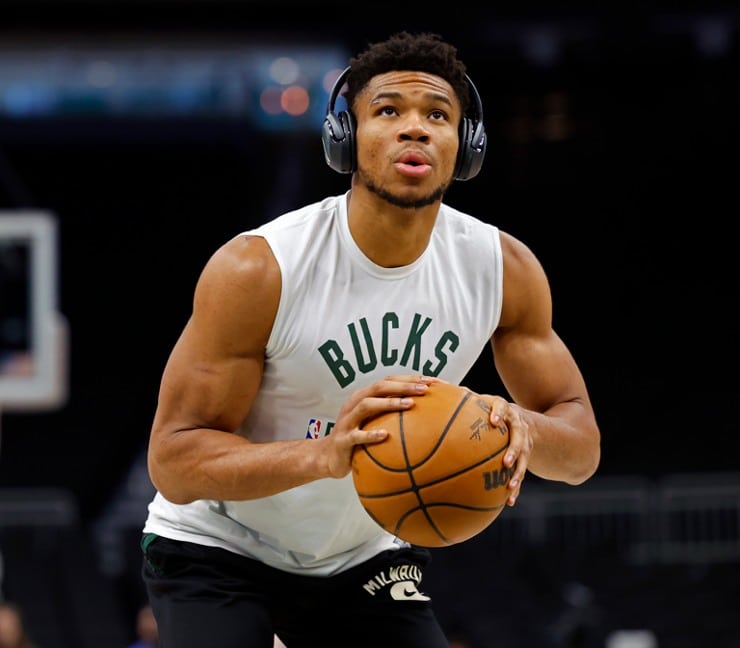 The biggest surprise in the table below is LeBron James’ ranking. Fans have him as the seventh-best player in the NBA right now. His overall score is 92. On top of ranking behind Antetokounmpo and Curry, the four-time MVP also trails Luka Doncic, Nikola Jokic, Kevin Durant and Joel Embiid.

When this post first appeared on Reddit, Antetokounmpo and Curry were tied at the top with a 94 score. However, only 15,000 votes were casted. With a 92 score, LeBron was tied with Jokic for second place. Plus, Jimmy Butler ranked eighth overall on the list. NBA Reddit will update the table below after 1,000,000 votes have been casted.

While this is a solid list now based on the 667,000-vote update, at 15,000 votes, Butler, Kawhi Leonard and Jayson Tatum were once ranked ahead of Embiid. It goes to show that this is mostly just a popularity contest. Leonard hasn’t played since tearing his ACL in 2021.

Should Joel Embiid rank in the top 5?

For another notable observation, Russell Westbrook didn’t crack the top 30. Nonetheless, maybe it’s justified. The triple-double king averaged 18.5 points per game last season. It was the first time he failed to average 20 points per game since the 2009-10 season.

Fans were also disappointed in the Lakers last season. They had top-3 odds of winning the 2022 NBA championship, according to multiple sportsbooks. Though, the team couldn’t even qualify for the play-in tournament.