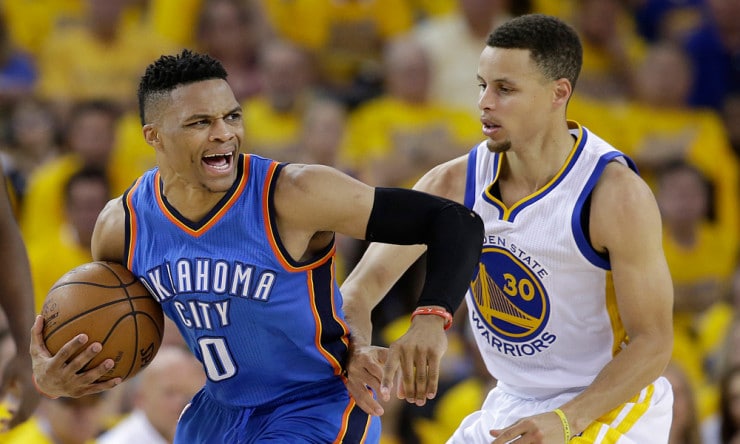 The NBA today released its complete game schedule and broadcast schedules for TNT, ESPN, ABC, NBA TV and ESPN Radio for the 2016-17 regular season, which features an opening night with the defending champion Cleveland Cavaliers hosting the New York Knicks.  The league’s 71st season tips off Tuesday, Oct. 25, 2016, and concludes Wednesday, April 12, 2017.  All 30 teams are scheduled to appear on at least one of the league’s national television partners (TNT, ESPN or ABC).

Kia NBA Tip-Off 2016 includes 14 teams playing eight national television games in the first four days of the season.  The 2016-17 season begins Oct. 25 with a TNT doubleheader, marking the 21st straight year the network has started with two games on opening night. The first game is the Cavaliers against the Knicks, followed by the Golden State Warriors versus the San Antonio Spurs in Oakland.

ESPN launches its 15th consecutive year of NBA coverage with two doubleheaders during opening week. The first ESPN doubleheader is the Oklahoma City Thunder at the Philadelphia 76ers, followed by the Houston Rockets at the Los Angeles Lakers.

The NBA’s five-game showcase on Christmas Day (Sunday, Dec. 25) is headlined by a Finals 2016 rematch between the Cavaliers and Warriors in Cleveland at 2:30 p.m. ET on ABC.  That game is followed on ABC by the Spurs facing the Bulls in San Antonio at 5 p.m. ET. Christmas Day action begins at 12 p.m. ET on ESPN with Boston visiting New York.  In the network’s other two Dec. 25 games, the Thunder and Timberwolves match up in Oklahoma City (8 p.m. ET), and the Clippers and Lakers meet at Staples Center (10:30 p.m. ET).

Click here for a look at the most anticipated games of the 2016-17 NBA season, including the first time Kevin Durant, Dwyane Wade, Derrick Rose and Al Horford will go on the road to face their former teams.