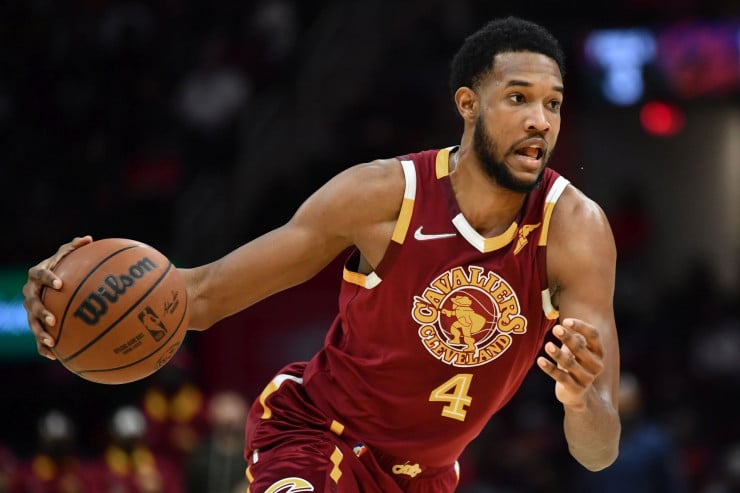 The number one overall pick in the draft rarely wins the Rookie of the Year award, and that may be the case again this year.

The award was first handed out during the 1952-53 season and since then only 21 times has the top-overall pick earned Rookie of the Year honors. It happened three times from 2014 to 2017 with Andrew Wiggins, Karl-Anthony Towns, and Ben Simmons, who was the last to do it. The outlier there was Malcolm Brogdon, who won the award in 2016 as the 36th overall pick.

Cade Cunningham was the consensus pick back in July but he has been in and out of the lineup, and his inconsistent play has him well below the betting favorite now in the second half of the season. He is oozing with potential, and may very well be the best player in his class when his career is over, but so far he has not proven to be that.

Jalen Green could very well have been the top pick if someone other than Detroit held the spot, as the former G-League player was not keen on the idea of playing in the Motor City. Similar to Cunningham, he too has missed some time and has been wildly inconsistent while playing for such a young and inexperienced team.

While the top two selections have been shaky, the next two players taken have clearly cemented themselves as the favorites to take home the trophy this season. Rest assured that both Cleveland and Toronto are ecstatic with their selections of Evan Mobley and Scottie Barnes. The two forwards have been both dominant and consistent throughout the year, aiding their teams to many victories.

Barnes (+300) was the surprise pick by Toronto at number four but he is making the doubters eat their words. The Florida State product has been playing at an elite level all season for the Raptors and should be considered the co-favorite at this point with Mobley, who is the betting favorite (-150) to win the award. The big man out of USC is an excellent fit next to Jarrett Allen and together, are a major reason why the Cavs have been the surprise team of the season.

Here’s the Cavs playing an insane 3-2 zone with 7’ Evan Mobley as the POA defender and two other 7’ guys guarding the paint. pic.twitter.com/L6W3IqWeeM

It has long been a two-horse race, and both Mobley and Barnes are worthy of earning the award. That being said, there are still several contenders in play. Should these two miss a bunch of time or completely fall off of a cliff, it opens the door for others.

Cunningham (+600) currently holds the next-best odds with Franz Wagner (+800) just behind him. Orlando selected three picks after they took Jalen Suggs, but the Michigan product has clearly been the better of the two this season. Josh Giddey is a player that is rising fast (+1500) and is definitely worth watching. Shai Gilgeous-Alexander may be the face of the franchise in Oklahoma City, but the rookie is truly something special.

The 2021 rookie class is incredibly deep, but there is no doubt that this award will come down to Mobley and Barnes. They aren’t the focal point of their teams the way that some of the other rookies are, which could be a benefit to them. The pressure to do everything for their team isn’t there, in the way that it is in Detroit, Houston, Orlando, etc. They are pieces of the puzzle as both Cleveland and Toronto have several highly-talented players.

Rookie leaders in our Finishing at Rim metric, which analyzes shot performance at the rim while adjusting for difficulty:

There have been three seasons in which two players tied for the award. Dave Cowens and Geoff Petrie were the first co-winners in 1971, with Grant Hill and Jason Kidd sharing the award in 1995. The last time it happened was in 2000 when Elton Brand and Steve Francis won it as the top two picks in the draft. We just might have a fourth occurrence the way Mobley and Barnes have performed this season.