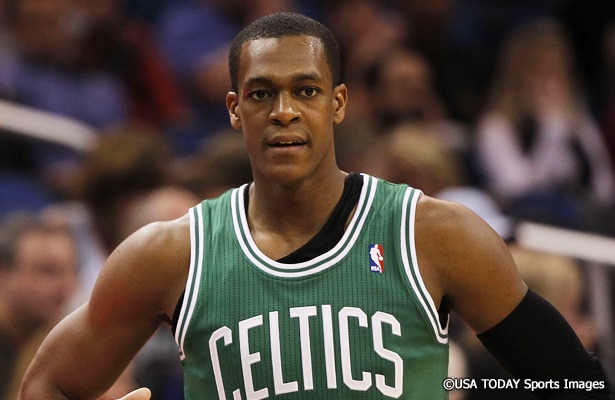 Knicks Won’t Give Up Rondo Pursuit

Despite the consistent claims from Celtics general manager Danny Ainge that Rondo isn’t available, the Knicks have a strong belief that he can be had if – in a nod to another show – the price is right. They can offer the likes of Amar’e Stoudemire (one season remaining after this one, at $23.4 million) while taking future money back (such as Gerald Wallace and/or Jeff Green) and helping Ainge clear the way for the summer of 2015 that is known to be a priority of his.

Whether the Knicks can acquire Rondo prior to the deadline or not, it certainly sends the right message to Carmelo Anthony that they are exploring all options, even when it appears there are none, to get him. There have been rumors that Anthony has already started recruiting Rondo for when he becomes a free agent, which could possibly happen at the end of next season should the Celtics not extend him between now and then. They’ve already tried to do so, but their attempts came well short as Rondo’s most financially lucrative deal can be obtained in free agency. Come this time next year the Celtics will feel a lot more pressure to trade Rondo unless they want to risk losing him without getting anything in return during the offseason.

That’s right: What was supposed to be a season exciting enough to make LeBron James think seriously about leaving Miami to come back to the Cavs has descended into such farce that sources close to the situation are already saying that there’s little-to-no chance Deng will agree to stay once he hits free agency.

Here’s what the Cavaliers have working for them with Deng that could be their saving grace: They can offer him more than any other team. Is the mess that Deng has walked into this year really going to be enough for him to leave serious dollars on the table if the Cavaliers offer it? Luol Deng is 28 years old, there’s a good chance that this could be his last big contract. If the Cavaliers come with a deal that is five years long with a higher annual salary than anyone else is offering him, Deng’s representatives are going to urge him to take it. Although he’s a fiery competitor, cash rules all and Deng is unlikely to walk away from Cleveland if there’s more years and dollars on the table. As desperate as the Cavaliers are, it’s likely they’ll overpay if they have to just so that they don’t have to enter negotiations with Kyrie Irving after letting another All-Star small forward get away.

Forward and possible free agent-to-be Zach Randolph has yet to say whether he plans to opt out this summer but has made it widely known that he wants to return. In turn, it appears the Grizzlies have no plans of trading him.

Earlier in his article Amick noted that the Phoenix Suns inquired about Randolph, so there is definite trade interest in him around the league. However, the Grizzlies have finally started to pull it together and look poised to sneak into the Western Conference’s top eight before the end of the season. Randolph’s play is a big reason why. With Marc Gasol struggling to be himself due to injuries, Randolph has put up 17 and 10 rebounds a game. He embodies Grizzlies basketball and the season is salvageable, so there’s no reason for them to be overly concerned with the fact that he could be a free agent at season’s end. If he does opt out, they’ll have the ability to make an offer that eliminates his need to even hear what other teams are willing to give.