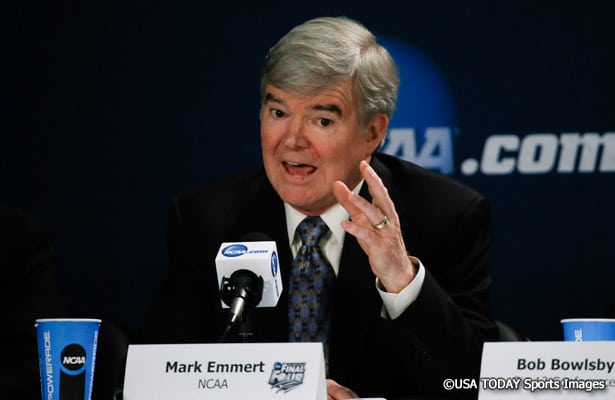 As a part of his appearance on ESPN Radio’s Mike and Mike NCAA President Mark Emmert opened up a question & answer session on Twitter with the #AskEmmert hashtag. A hope for serious questions turned into one of the best roasting sessions ever:

#AskEmmert how does it feel to have a lower approval rating than Congress?

#AskEmmert have you ever encountered someone who completely realizes what you do for a living and doesn't hate you?

#AskEmmert I once gave a football player some gum in my class. Who do I contact to have his scholarship revoked?

@MikeAndMike #AskEmmert how can someone whose salary exceeds $1.5m argue in good faith that athletes shouldn't get greater share of ncaa $s?

@MikeAndMike #AskEmmert How long until the NCAA is no more? Because I, for one, cannot wait.Your institution is the embodiment of hypocrisy.

#askemmert how come you, coaches, ESPN, Nike, Under Armour, CBS are all getting rich while "student athletes" barely can afford fast food?

#AskEmmert How does it feel to know that everyone in college sports hates you?

How will the NCAA make up for lost profits by allowing their workers–err student-athletes to eat? #AskEmmert

#AskEmmert how can you justify not giving players any money when the NCAA is close to making a billion dollars, off those players?