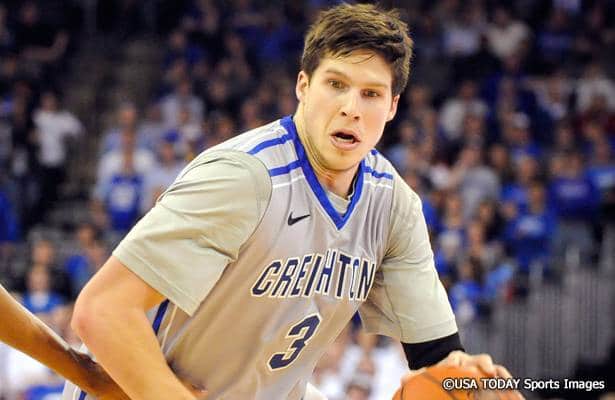 The second day of the 2014 NCAA Tournament is in the books. Much like Thursday, Friday featured close games and major upsets.

Which players shined the brightest on the second day of March Madness? Basketball Insiders put together a list of the day’s studs:

Doug McDermott, Creighton – (3) Creighton entered this game featuring one of the most potent offenses in the country. Leading the offensive attack is the 3000-point man Doug McDermott. The nation’s best scorer finished with 30 points, going 13-of-23 from the field and 2-of-4 from three-point range. He also contributed 12 rebounds, two assists and one block, while committing zero turnovers.

(14) Louisiana-Lafayette did their best to slow down McDermott, and held him scoreless for a span of 14 minutes. However, with 2:03 left to play McDermott hit a long three-pointer to put Creighton ahead 71-64. Then, with 1:14 to go, McDermott drove to the lane and scored over two defenders to put Creighton up by nine and seal the game. McDermott has now scored over 30 points in four of Creighton’s last five games. The senior projects to be a lottery pick in the upcoming NBA draft, and if he leads Creighton to a deep run, he could cement his position as a potential top-10 pick.

Jarnell Stokes, Tennessee – (11) Tennessee entered this game playing solid basketball, winning 6-of-7 games, and continued that hot streak against (6) Massachusetts. The Volunteers played a physical brand of basketball behind the strong play of Jarnell Stokes. Stokes scored 26 points on 7-of-11 shooting from the field and 12-of-13 from the free throw line, to go along with 14 rebounds, two assists and one steal. Stokes averages 14.8 points and 10.4 rebounds a night, but went beyond those numbers to help Tennessee advance past the Minutemen, who made their first appearance in the NCAA Tournament in 15 years. Stokes tied the Tennessee record for rebounds in an NCAA Tournament game, joining Isiah Victor and Reggie Johnson with his 14 boards.

The Volunteers move on to face Mercer, who upset Duke earlier in the day. Stokes projects as a second-round draft pick in the upcoming draft, but if he can lead the suddenly hot Volunteers to a deep run with his physical play, he may grab the attention of NBA general managers and climb up the board.

Bryce Cotton, Providence – (11) Providence entered this year’s tournament after a nine-year drought. It looked like the Friars were going to upset (6) North Carolina behind the strong play of Bryce Cotton. Cotton led the nation in minutes played at 39.9 per game and 2,407 total, and scored 21.4 points a game while grabbing 3.5 rebounds and dishing out 5.8 assists during the season. On Friday, Cotton scored 36 points on 13-of-23 shooting from the field, 3-of-9 from three point range and 7-of-7 from the free throw line. He also contributed five rebounds, eight assists and two steals. Cotton played every minute, as he has done in 16 of the last 19 games for Providence. Late in the game, Cotton hit a three-pointer to put the Friars ahead. Cotton wasn’t perfect, however, as he  lost control of a long rebound in the final moments after James McAdoo missed a free throw, which sealed the game. Though Providence lost, Cotton’s superman efforts earn him a place among tonight’s studs.

Cotton in his senior year does not project to be drafted in the upcoming NBA draft, but will be remembered as one of Providence’s all-time greats.

Marcus Smart, Oklahoma State – (9) Oklahoma State has had an up-and-down season and needed big performances from star guard Marcus Smart and Markel Brown. Smart scored 23 points on 5-of-14 shooting from the field and 12-0f-19 from the free throw line, to go along with 13 rebounds, seven assists, six steals and one block. It wasn’t Smart’s most efficient performance, but he became the first player in NCAA tournament history to have 20 points, 10 rebounds, five assists and five steals in a game. With Le’Bryan Nash limited to six points, the Cowboys were not able to hold off Kevin Pangos and (8) Gonzaga.

Smart passed on last year’s draft to compete for a national championship after going out in the first round of last year’s tournament. After a rollar-coaster season that included a suspension for shoving a fan, Smart will likely declare for this year’s NBA draft. Though he wasn’t efficient, his performance will likely cement his position as a top-10 pick in the draft.

Kevin Pangos, Gonzaga – Making their 16th consecutive appearance, (8) Gonzaga is led by Sam Dower. However, on this night Kevin Pangos would take the lead and push the Bulldogs past Marcus Smart and the Oklahoma State Cowboys.

Pangos scored 26 points on 6-of-14 shooting from the field, 2-of-5 from three-point range and 12-of-14 from the free throw line. He also contributed three rebounds, three assists and three steals.  Pangos made 10-of-10 free throws in the final 1:30 and helped seal the game, which featured 61 foul calls. While top prospect Smart put up a historic stat line, Pangos put up an efficient one, especially from the free throw line. His performance advances Gonzaga to the next round and earns Pangos a spot as one of tonight’s studs.

Which player impressed you the most on Friday? Leave your thoughts in the comment section.