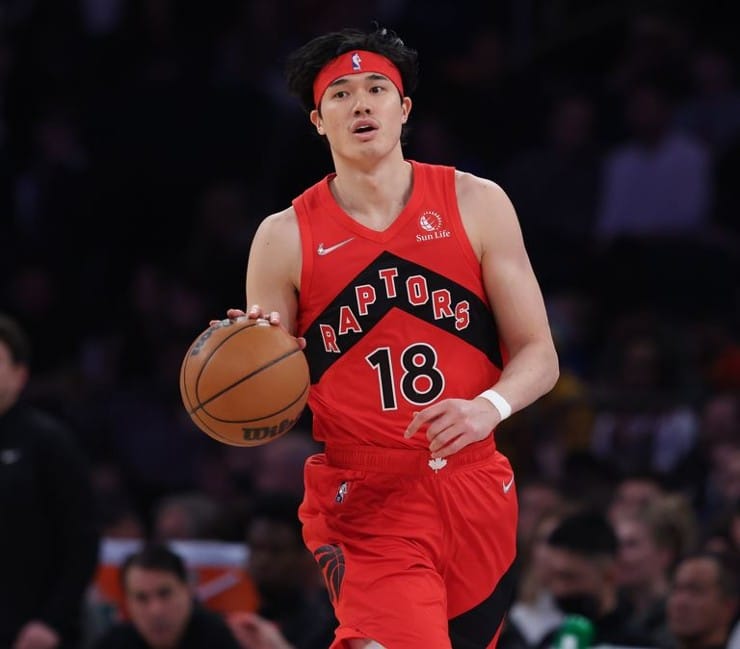 The Brooklyn Nets have signed forward Yuta Watanabe to a one-year contract. According to multiple sources, this is a non-guaranteed training camp deal.

Watanabe went undrafted out of George Washington in 2018. The 6’9″ forward signed a two-way contract with the Memphis Grizzlies.

After the Nets signing, Watanabe took to Twitter. The tweet in Japanese below translates to this message: “Many congratulatory comments would be appreciated, but this is still a camp contract with no warranty. I will do my best again with a cliffhanger spirit.”

In his rookie 2018-19 season with the Grizzlies, through 15 appearances off the bench, the forward averaged 2.6 points and 2.1 rebounds per game. Plus, he averaged 29.4% shooting from the floor.

With the Memphis Hustle, the Grizzlies’ NBA G League affiliate, the rookie averaged 14.2 points, 7.2 rebounds, 2.6 assists and 1.1 blocks in 33.9 minutes played per game.

Not to mention, Watanabe was named Midseason All-NBA G League for the Western Conference.

Furthermore, months later on Nov. 27, Watanabe signed an Exhibit 10 contract with the Toronto Raptors. In 50 appearances, the George Washington product posted career-high numbers in the NBA.

Of course, his two-way deal was then converted into a standard contract on April 18, 2021.

While with the Toronto Raptors last season, he was assigned and recalled from the Raptors 905, the team’s G League affiliate.

Moreover, in 38 games played off the bench with Toronto last season, Watanabe averaged 4.3 points and 2.4 rebounds per game. He shot 40.6% from the floor and 34.2% from long range.

On Dec. 14, in Toronto’s 124-901 win against the Sacramento Kings, the forward ended his performance with his first career double-double. He amassed 12 points and 11 rebounds in 26 minutes of action.

Twelve days later, Watanabe closed out his outing with career-highs 26 points and 13 rebounds in his team’s 144-99 loss to the Cleveland Cavaliers. The forward earned his second double-double of his NBA career.

More news stories concerning Yuta Watanabe and the Nets are on the main page.