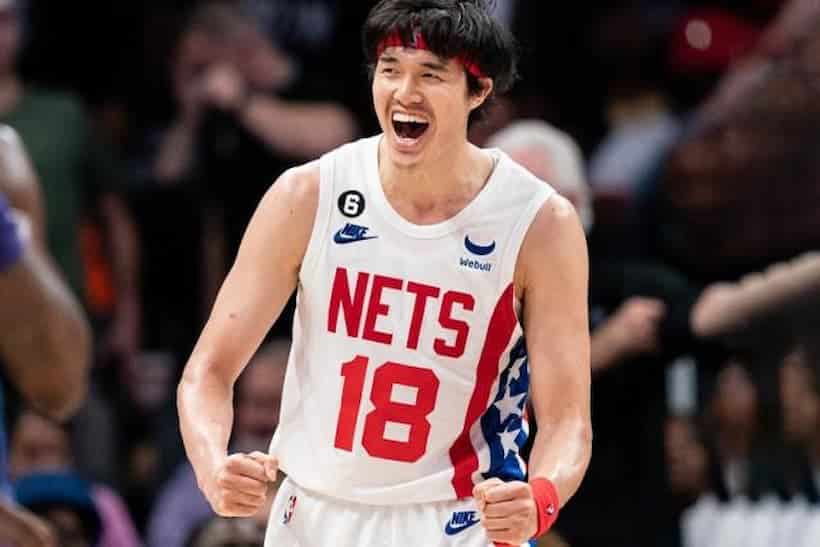 The Brooklyn Nets have been trending upwards as of late. Head coach Jacque Vaughn and the Nets have gone 9-1 in their last ten games and have won 12 of their last 13. Kevin Durant and Kyrie Irving have been the teams two players who they can consistently rely on to keep the offense moving and help lead the team each game. They’ve got Brooklyn at second place in the Atlantic Division and fourth in the Eastern Conference. One unsung hero for the Nets has been one of the most clutch player in the league this season.

Fifth-year pro Yuta Watanabe has been a great addition to the Brooklyn Nets this season. He doesn’t average more than (15.1) minutes per game, but he shines when the light’s are brightest. Watanabe has been a large part of the Nets six-game win streak they are currently on and he’s delivered in the clutch. The coaching staff and himself have earned a level of trust where they are comfortable with playing him in some of the biggest moments of the season.

NBA betting sites have the Nets at (+1400) to win the Finals this season.

It's been incredible how calm Yuta Watanabe has been in these spots. This is the 3rd win he has made multiple clutch plays late in the 4th.

That pump fake, drive, and dish to Simmons was so smooth. pic.twitter.com/wKF0vMIIV5

Yuta Watanabe has been clutch for the Brooklyn Nets this season

Watanabe has been apart of the Nets’ closing lineup in every games he’s played in since his return on 12/10 from injury. Surprisingly, the 28 year old from Japan is third on the Nets in fourth quarters minutes behind Durant and Irving. He’s also leading the NBA in three-pointers made in the fourth quarter by a large margin. His three-point percentage in the fourth is an outstanding 68.4 percent this season. The next closest is Damion Lee who’s shooting 56.8 percent.

He hit a clutch three-pointer vs the Raptors on Friday night that gave Brooklyn the lead with just 14.1 seconds left in the game. Watanabe followed that up with another clutch performance from three on Sunday vs the Pistons. His effort and will to win are all key factors on his success with Brooklyn this year. For the season, Watanabe is shooting a red hot 53 percent from deep this season. If you’re not a Nets fan you may not even know who he is, but Watanabe has been invaluable for the Nets early on this season.