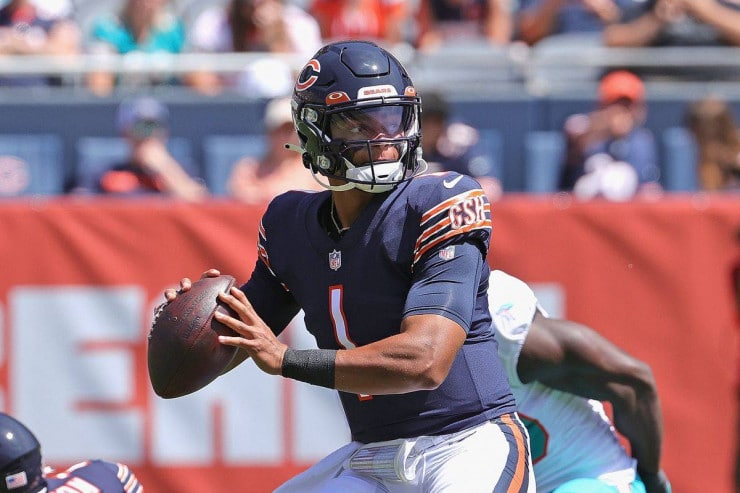 Just a reminder, the network depends on the region of the country. The Ravens-Panthers game is scheduled for 7:00 p.m. (EST) on ABC, NBC, CBS and Fox. Finally, the Titans-Bucs intriguing matchup will be broadcasted live at 7:30 p.m. (EST) on ABC, NBC, CBS, Fox and NFL Network. Some of these preseason games, such as the Titans-Bucs, will air multiple times throughout next week on NFL Network. The odds for each game can be found via Bovada.

In the Bills’ 16-15 win over the Detroit Lions in week one, quarterback Davis Webb passed for 90 yards, was 11-for-16 on passes and threw one touchdown pass. Jake Fromm passed for 65 yards and was 8-for-13 on passes as well. Running back Devin Singletary led the team in rushing yards, with a total of 42 yards on eight carries. Wide receiver Marquis Stevenson led the team in receiving yards, earning 50 receiving yards on three receptions. While the defense held the Lions to 248 total yards, the Bills struggled to score points, putting up only 259 total yards in four quarters of football.

Additionally, in the Bears’ 20-13 victory against the Miami Dolphins, rookie quarterback Justin Fields passed for 142 yards, was 14-for-20 on passes and threw one touchdown pass. Andy Dalton also played for a bit, but he only passed for 18 yards. With 50 yards on five carries, running back Artavis Pierce led the team in rushing yards. Rodney Adams led the team in receiving, finishing his performance with 57 yards on four receptions. This was an ugly win for the Bears. However, the defense did enough to force a fumble and an interception. All things considered, pick Chicago to squeeze out a win versus Buffalo. Hey, it’s just preseason…

The Jets played like a different team against the New York Giants last week. Robert Saleh, the team’s new head coach, is doing everything he can to transform the hopeless Jets into the 2019 San Francisco 49ers, if not better. Needless to say, this is a tall order, though. In the Jets’ 12-7 win over the Giants, quarterback Mike White scored one touchdown, was 13-for-19 on passes and passed for 127 yards. Rookie Zach Wilson also made his NFL debut, passing for 63 yards and 6-for-9 on passes. Running back Ty Johnson led the team in rushing yards, ending his performance with 33 rushing yards on nine carries. The Jets’ defense held the Giants to only 163 total yards. Not to mention, they had five sacks.

“The total has gone over in four of New York’s past five games when playing on the road against Green Bay.”

Furthermore, despite three-time MVP Aaron Rodgers not playing against the Texans last week, quarterback Jordan Love played decent. He passed for 122 yards and was 12-for-17 on pass attempts. Love also threw one touchdown pass. Considering the Packers still lost 26-7, this should be a reminder to general manager Brian Gutekunst to respect his Super Bowl champion quarterback. Preseason or not, the Packers had no business losing to the Texans the way they did. Based on six receptions for 70 yards, wide receiver Devin Funchess led the team in receiving yards. Green Bay’s running game was not only weak, the offense executed poorly and the defense allowed 319 total yards from a lackluster, Deshaun Watson-less offense. Pick the Jets to win.

Moreover, in Baltimore’s 17-14 win over the New Orleans Saints, quarterback Tyler Huntley was 12-for-16 on passes and passed for 79 yards. Huntley also rushed for 43 yards on seven carries and had one rushing touchdown. Trace McSorley played worse. The Penn State quarterback finished his snaps with one interception and 25 rushing yards. For receiving, Jaylon Moore led the team in receiving yards, with 32 yards on two receptions. Now that Drew Brees is retired from the NFL, this will likely be a long season for the Saints. Baltimore’s defense forced three fumbles and three interceptions against New Orleans. If their defense comes ready to play, they could do the same to Carolina. Even without Lamar Jackson, the defense can win games.

“The Ravens are 10-0 SU in their previous ten games played against an NFC opponent.”

In the Panthers’ 21-18 loss versus the Indianapolis Colts, Phillip Walker passed for 161 yards, was 10-for-21 on pass attempts and threw one touchdown pass. Will Grier was 6-for-10 on passes and walked off the field with 31 yards passing. Canadian running back Chuba Hubbard led the team in rushing yards, closing out his performance with seven carries for 80 yards. Terrace Marshall Jr. played an excellent game, too. He had 88 receiving yards on only three receptions. Notwithstanding the Colts’ two fumbles lost and one interception thrown, Carolina’s defense still allowed 427 total yards. Panthers’ head coach Matt Rhule might be in over his head. Pick the Ravens to win.

In last Friday’s 23-3 win over the Atlanta Falcons, Logan Woodside was 10-for-15 on passes, passed for 84 yards and threw one touchdown pass. Matt Barkley had 54 yards, scored one touchdown and was 5-for-8 on pass attempts. Running back Mekhi Sargent concluded his first preseason game with 58 yards on 16 carries. He averaged 3.6 yards per attempt, though, he still led Tennessee in rushing. Wide receiver Mason Kinsey had 51 receiving yards on four receptions, leading his team on the stat sheet as well. Either Atlanta’s second-stringers and third-stringers are underwhelming, or the Titans’ defense played great. It is more so a combination of the two. The Falcons had 138 total yards of offense and just six first downs the whole game.

“The Bucs are one-point favorites. They are 0-6 SU in their last six games played at home on a Saturday.”

Anyways, the reigning Super Bowl LV champions Buccaneers lost 19-14 versus the Cincinnati Bengals last week. However, seven-time super bowl champion Tom Brady did not play much in this game. Brady exited the field after only two pass attempts and nine total passing yards. Backup quarterback Blaine Gabbert led the team in passing, finishing his week one preseason performance with 6-for-11 on passes and 64 passing yards. Florida rookie quarterback Kyle Trask had 35 passing yards and he was 4/15 on passes. This was not a great start for his NFL preseason debut, but every player on the field has to start somewhere. Plus, tight end Tanner Hudson had 50 yards on five receptions, leading his team on the stat sheet for receiving yards. Tampa Bay’s defense did their job, forcing two fumbles and two picks. However, their offense had only 159 yards of total offense. Pick the Bucs to win.

You have $100 to lay down on a Super Bowl LVI winner – who are you taking?