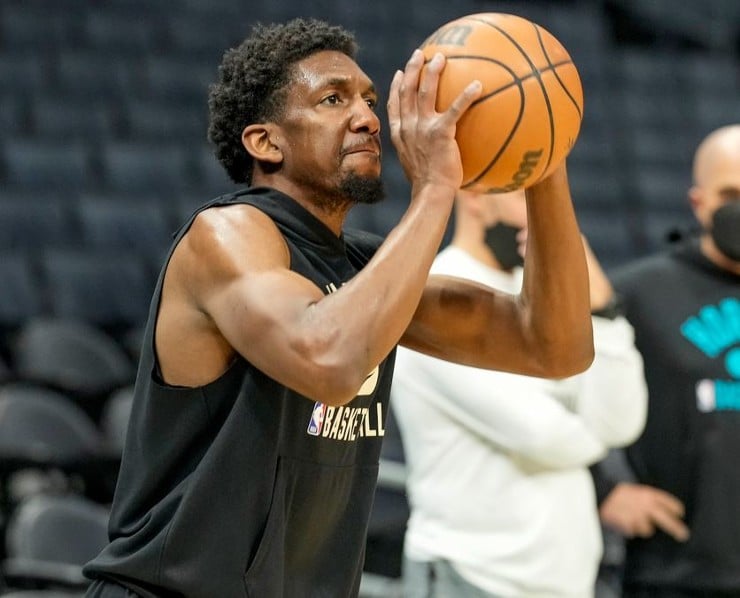 Kendall Brown occupies one of the two-way spots for Indiana. An Exhibit 10 contract can be converted into a two-way contract. These players will compete for a chance to play with the Pacers next season.

As an undrafted player, Galloway has appeared in 452 career games over the course of his eight-year NBA career.

He was then selected to the NBA All-Rookie Second Team. He can still play at a high level.

Meanwhile, Justin Anderson was selected 21st overall by the Dallas Mavericks in the 2015 NBA Draft. Through 242 career games, the 6’6″ wing has averaged 5.3 points and 2.6 rebounds per game. Plus, he’s shooting 41% from the floor and 29.2% from downtown.

Last season, the forward made 11 starts with the Fort Wayne Mad Ants, the Pacers’ G League affiliate. He averaged 14.3 points, 6.5 rebounds, 2.9 assists, and 1 steal per game. The Virginia product was also selected to the All-NBA G League First Team.

The forward signed two 10-day contracts with Indiana during the 2021-22 season. In 13 games played with the Pacers, Anderson averaged 6.8 points, 3.1 rebounds, and 2.1 assists per contest.

In 40 career NBA games, Pelle has averaged 2.1 points and 2.4 rebounds per game.

Last season, the center played nine games with the Cleveland Charge. He averaged 8.9 points, 8.3 rebounds, and 1.1 blocks per game. Not to mention, he shot 51.9% from the field.

Therefore, the players will spend most of their time with the Fort Wayne Mad Ants.