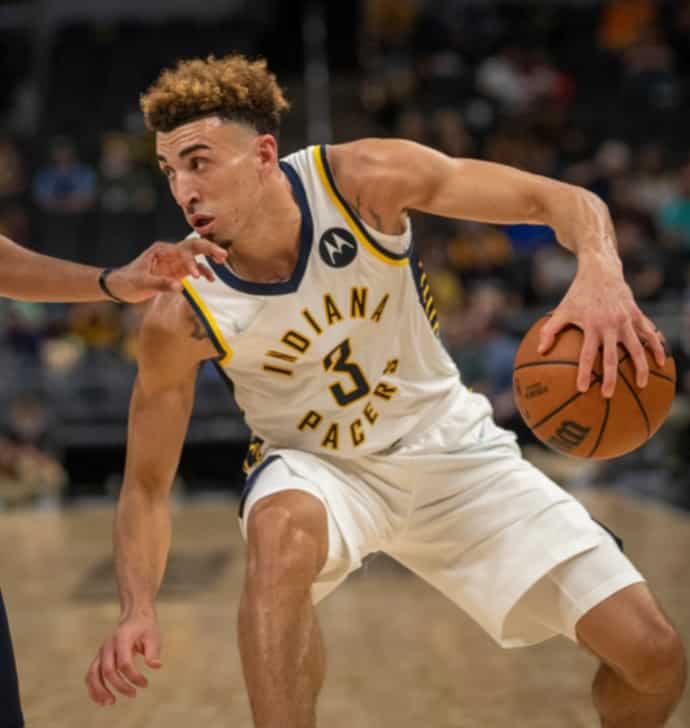 According to Land of Basketball statistics, these teams have played a total of 185 games in the regular season against one another. The Pacers have won 108 games in their franchise history versus the Nets. However, in the previous three games played head-to-head, Brooklyn is 3-0 versus Indiana. On Apr. 29, 2021, the last time these teams faced off in the regular season, the Nets won 130-113.

Furthermore, five games into the 2021-22 NBA season, rookie Chris Duarte is meeting expectations. For some, he is surpassing the mark all across the board. For his rookie ranks, the guard ranks number one in points per game (18.6) and minutes played per game (37). And, he ranks fourth in rebounds per game (4.6) and seventh for assists per game (1.8).

For the Pacers, small forward T.J. Warren and power forward Isiah Jackson are out indefinitely. While shooting guard Caris LeVert is listed as questionable, both point guard Malcolm Brogdon and small forward Kelan Martin were downgraded to out for tonight’s game. Brogdon and Martin are still recovering from hamstring injuries.

On the flip side, for the Nets, center Nicolas Claxton is listed as questionable to play versus Indiana. To add to the list, point guard Kyrie Irving will remain out indefinitely until he receives his COVID-19 vaccination shots. Brooklyn is mostly healthy. So, what’s the problem? Maybe they’re just off to a slow start. The Lakers had the same problem last season, and they’re in the same boat right now, too.

Isaiah Jackson is going to be out for "a while."

Malcolm Brogdon has a strained hamstring and will be out tomorrow.

#Nets center Nic Claxton, who missed last night's loss to the #Heat with a non-Covid illness, has been upgraded to questionable tomorrow vs. the #Pacers.

Moreover, on Wednesday, in the Pacers’ 118-100 road loss to the Raptors, guard Malcolm Brogdon led his team in scoring, putting up 18 points in 22 minutes played. Rookie guard Chris Duarte also ended his performance with 14 points, 4.0 rebounds and 1.0 assist in 32 minutes spent on the court. All around, the Pacers are disappointing many fans. But, there is plenty of basketball still left to be played.

Based on the team statistics, Indiana shot 38-for-79 (48.1%) from the field and 10-for-29 (34.5%) from three-point range. Not only did the Pacers lose the turnover battle 22 to 10, they were outscored 58 to 40 in the paint. Head coach Rick Carlisle has his hands full right now. They are struggling especially on defense. The front office could be looking at another below-.500 season. Now, they are 0-3 away this season.

Meanwhile, in the Nets’ 106-93 home loss versus the Heat on Wednesday, power forward Kevin Durant finished with a team-high 25 points and 11 rebounds in 37 minutes of action. Durant seems to be the only player in Brooklyn wanting to perform at a high level. Plus, Joe Harris accumulated 15 points and 3.0 rebounds in 34 minutes on the court.

Additionally, the total for tonight’s Eastern Conference matchup is set at 222. After evaluating the spread consensus, approximately 54% of bettors believe the Pacers will cover the spread. Regarding the total consensus, 68% of gamblers are expecting the total to go over 222. Till now, Indiana is 0-2 as a selected favorite and 1-2 as an underdog, while Brooklyn is 2-2 as a favorite and 0-1 as an underdog. People are tired of picking the Nets, and then watching them lose. But, they are favorites once again.

For betting trends, Indiana is 1-5 ATS in the team’s last six games. The total has gone over in eight of their past 10 contests. To add to these betting statistics, they are 1-4 straight up in their previous five games played against Brooklyn. And, the total has gone over in five of their last five road games. They are also 1-5 SU in their past six contests played against Eastern Conference opponents.

Pick the Nets to win at home, the Pacers will cover the spread and the total will go over 222. Brooklyn is a 8.5-point favorite with BetOnline.

Get $1000 NBA Bonus at BetOnline
Join our Telegram channel for our exclusive free betting tips, picks and offers.