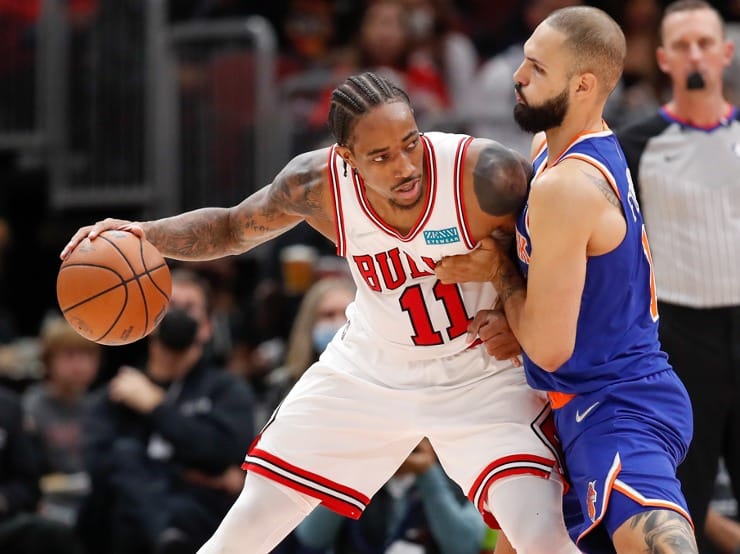 The NBA is a brand that is constantly looking to expand and open itself to new markets. Ever since that famous game in Tokyo between the Suns and the Jazz back in 1990, the best basketball league in the world has celebrated a total of 33 regular season games beyond the borders of Canada and the United States.

In the beginning, Europe was actually far away from the NBA’s plans, but finally started to build an alliance around 2010. As the O2 Arena in London was about to host the best players in the world for the 2012’s Olympic Games, the league organized the first two official NBA games as a preview to the great contest, in this case between the Nets and the Raptors.

That last game abroad between the Milwaukee Bucks and the Charlotte Hornets was the last contact the NBA ever had with Europe. Today, with the pandemic behind us, the league is back in France for a vibrant Chicago Bulls match against the Detroit Pistons, a clash between two historic franchises.

So ever since that winter in 2011, the NBA has celebrated ten more games of regular season in European territory, playing one game a year without fault, except for the past couple due to the pandemic. The first 9 of these encounters were always inside the majestic O2 Arena in London, except for the last one, which crossed the sea all the way to Paris, France, on January 2020, right before covid-19 paralized the entire world.

Japan, the most visited by the NBA

Japan isn’t just the country where it all started, it has also hosted the most international NBA games since three decades ago, witnessing a total of 12 games to the date.

Mexico is also a great partner to United States’ basketball, as they hosted a total of eleven NBA games, just seven years after Japan started, in 1997 to be exact. The last match played in Mexican territory was a Mavericks vs. Pistons clash in 2019, which resulted in a Dallas triumph. The memory of that game will go down in history as Luka Dončić is well remembered in the Latin American country for shouting the common folklore ”Viva Mexico, güey!” in the Slovenian’s attempt to speak Spanish and enamour the fans.

Finally, the United Kingdom is third on the list, as they hosted 9 games since 2010, and France only one to their name in 2020, as the only countries to celebrate an official NBA encounter. Although, the United States basketball organization goes far beyond only honoring official games abroad, they’ve also done their fair share of friendly matches.

All throughout their history, the league has organized more than a hundred friendly games between international FIBA teams and national squads, either during the NBA Global Games as they recently occured in Spain, or those legendary McDonald’s Open matches in France during the 90s.

It's more than just basketball.

As both NBA franchises prepare for January 19th game in Paris, a few of our recommended sport betting sites rank Chicago as favorites to win at -6 1/2 with a -105 juice, whereas the Pistons are the underdogs with a +6 1/2 and a -115 juice. The over/under for the game is 235.