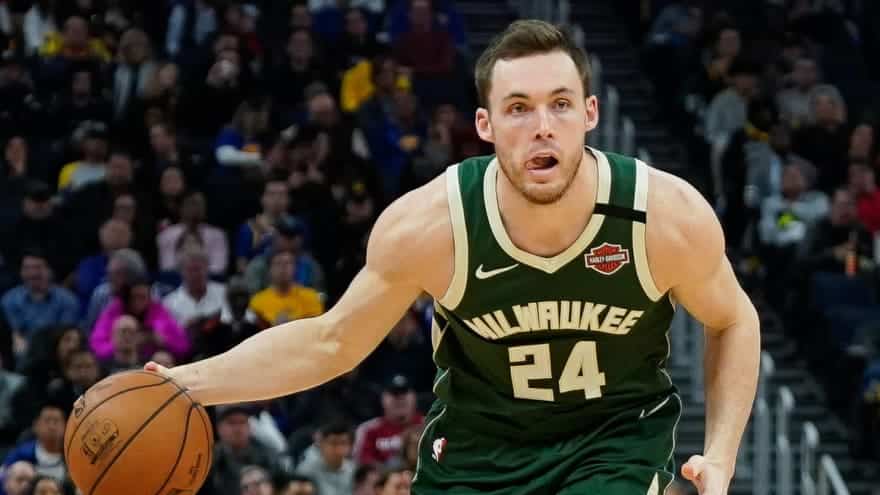 The Milwaukee Bucks will be without their G/F Pat Connaughton on opening night of the 2022-23 season. He’s out for about three week with a right calf strain.

Not only are the Bucks missing Pat Connaughton, but their also missing Khris Middleton for the first few weeks of the season as well. Connaughton is highly athletic for his size and he contributes a lot for the team defensively.

Milwaukee is one the road to open their season tonight. They’ll be facing the Philadelphia 76ers who lost to the Boston Celtics on opening night.

Bucks say Pat Connaughton will be sidelined for approximately three weeks with a right calf strain.

Connaughton is a solid rotation player for the Bucks and he was a pivotal part in their 2021 championship. He missed the final two games of the preseason with a sore right calf and went to have an MRI done. Tests last Friday revealed the injury was slightly worse than they hoped for. The team will be extra cautious with him.

“There’s something that’s not quite 100%, not perfect, so this time of the year we can be extra cautious. ” – Mike Budenholzer speaking about Pat Connaughton’s injury

He had a career-high in minutes (26.0), points (9.9), rebounds (4.2), and three-point percentage 39.5%). His big year for Milwaukee led to an offseason extension for 3-years, $28.5 million. Milwaukee may see a decline in their three-point efficiency while Connaughton is out.

Players off the bench are going to need to do what they can to help the stars on the Bucks like Giannis Antetokounmpo. NBA veteran George Hill may see some increased minutes early in the season with Middleton and Connaughton out for a few weeks. Even role players like Jevon Carter and Wesley Matthews will have the opportunity to step up and contribute when the teams needs them. In 20 games with Milwaukee, Carter has shot a incredibly high 55 percent on his three-pointers. That could be the spark that the team needs off the bench.

On Friday, Connaughton underwent an MRI that revealed a right calf strain. Connaughton is expected to be sidelined for approximately three weeks.https://t.co/2T2yO4AqkN