Connect with us
Home » news » Preview 1 Wisconsin Vs 8 Oregon 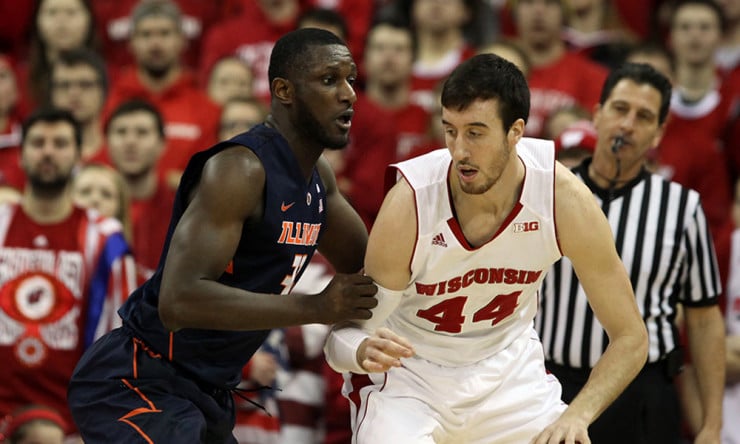 The Coastal Carolina Chanticleers surprisingly had much more success in scoring against the Badgers’ heralded defense than most anticipated. Led by Shivaughn Wiggins’ 22 and Elijah Wilson’s 20 points, the Chanticleers shot 48 percent from the field, 58 percent from distance, 81 percent from the free throw line and only turned it over six times. However, what makes this Badgers team such a scary contender is that they can run and gun with the best of them. As good as Wiggins and Wilson were, Frank Kaminsky was the best player on the floor. He had a game-high 27 points, 12 rebounds and four assists as well. Sam Dekker had 20 points himself in the 86-72 victory. Seeing the Badgers put up almost 90 points has to be a bit discouraging for the Oregon Ducks, who they’ll face off against in the Round of 32 for a spot in the Sweet 16. They’re one of the highest scoring teams in the country and have one of the best individual offensive players in the field in Joseph Young, but if the Badgers are on like they were in the second round, it’s hard to imagine the Ducks being able to hang with them.

The Oklahoma State Cowboys did a lot of good things in their round two game against Oregon. However, they didn’t have Joseph Young and that turned out to be the differentiating factor between the two squads. Young, the reigning Pac 12 Player of the Year, led all scorers with 27 points, needing just 15 shots to do so; he also grabbed four rebounds and handed out four assists in the 79-73 Ducks’ win. Elgin Cook and Jalil Abdul-Bassit were solid in their own right, scoring 18 points and 17 points respectively. In the Round of 32 the Ducks are going against a completely different animal than the Cowboys, though, in the Wisconsin Badgers. The Badgers, one of the true title contenders, are going to do their best to control the tempo of the game and key in on Joseph Young with the most intense, physical defense he’s seen all year long. Young is a star, and talented enough to score against anyone, but he’ll have to be at his best in order for the Ducks to pull off the upset. They’re also going to have to do a much better job on the glass and with taking care of the basketball than they did in the second round. They were outrebounded 31-28, and committed 12 turnovers, which may not seem like a lot – but against the Badgers it will be hard to win if they duplicate those efforts.