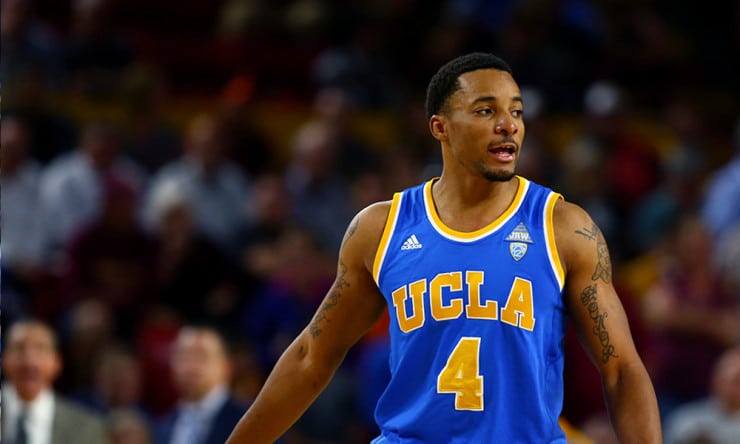 There was no question the key for UCLA would be who else besides Norman Powell would show up? Would it be Kevon Looney, Isaac Hamilton, Tony Parker, Kory Alford or nobody? We got the answer and Bryce Alford etched his name into the history books alongside his father, dropping 27 points on 9-11 shooting from the three-point line. While the last one (a goaltending call) never actually went through the hoop, Bruin fans are not apologizing for a date with fellow double-digit seed UAB in the Round of 32. Powell still came up big and it will take another step forward by the supporting cast to thrust UCLA into the Sweet 16. Look for Steve Alford to emphasize taking care of the ball (18 turnovers vs. SMU) and boxing out, but Alford has never been scared to change defenses and I wouldn’t be surprised to see a little of that 3-2 zone with Looney at the top against a UAB team that was just 3-18 from three. Fate may just side with the Bruins and a second consecutive trip to the Sweet 16 in the Alford era.

The Blazers got their 20th win of the season thanks to an out of body experience against the heavily favored Iowa State squad that many had pegged for an appearance in the Sweet 16. The difference maker was a +17 advantage on the glass, hauling in a whopping 18 offensive boards. UAB shot just 3-18 from behind the arch and a mere 34.8 percent from the field, but it was the effort plays that made all the difference. Heading into a Round of 32 match up against UCLA, the Blazers will have to see more players step up offensively than Brown and Lee. They also will have to dominate the glass yet again and be prepared to defend the three-point line, especially after Bryce Alford sent SMU home thanks to his 9-11 showing from the three-point line. The good news is different UCLA teams have showed up throughout the year – the bad news is they seem to have some momentum.