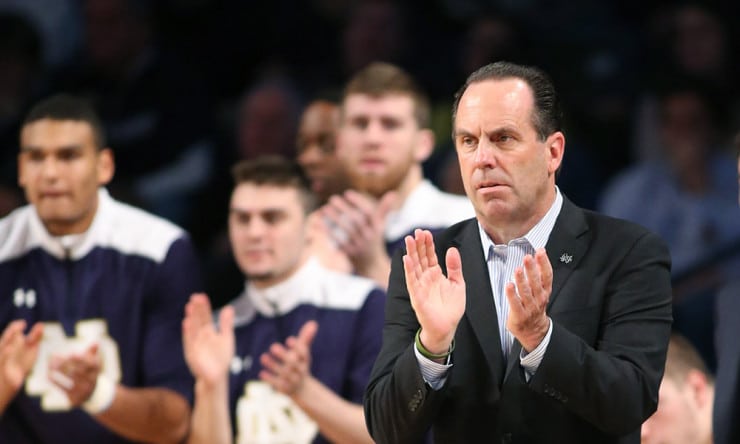 The Fighting Irish are simply tough as nails, from the coach to the water boy. Do not count these guys out. Mike Brey fought off the tragic passing of his mother to coach his guys to their first Sweet Sixteen since 2003. Pat Connaughton (3-8 fields goals, 1-6 three-pointers, seven points) fought off a poor shooting night to hit the biggest shot of the game and make two outstanding defensive plays (blocked shot in the corner at the end of regulation, face-guard contest of tip attempt at end of regulation) to preserve Notre Dame’s tournament dreams. Steve Vasturia absolutely shined on his way to 20 points and six rebounds. Zach Auguste shook off a 2-7 performance to haul in 16 rebounds. And Jerian Grant stuffed the stat sheet to the tune of 16 points, five assists and seven rebounds as the luck of the Irish prevailed. Part of advancing in the tournament is winning in different ways and the gritty Butler Bulldogs did everything they could to punch their ticket to the second weekend, but Notre Dame triumphed. Now Brey must prep his team for the star power of Wichita State. Shutting down Ron Baker and Fred VanVleet may be a long shot, but if Notre Dame is to find their way to the Elite Eight, it may very well hinge on their ability to force Baker and VanVleet to do it all. If the Shockers get big contributions from the likes of Evan Wessel and Tekele Cotton, they can be very dangerous.

The Shockers are making another deep run into the NCAA tournament, this time at the expense of Bill Self and his Kansas Jayhawks. Wichita State put forth an outstanding team effort that made all the difference. When all five starters score in double figures, a team is heading down the right path. Throw in 50 percent shooting from deep (10-20) and 49 percent shooting from the field and a team is scary. Factor in 13 assists and 10 steals and it’s clear Notre Dame had better use their practice time to tighten their lug nuts. This may be perfect timing for Shocker Nation, as Notre Dame has been squeaking by in each of their first two tournament wins. If they don’t find the touch they had during their run through the ACC tournament, a March Madness exit may be around the corner. We all expect Fred VanVleet (17 points, six assists, seven rebounds) and Ron Baker (12 points, four rebounds) to step up but it’s the likes of Evan Wessel (12 points, 12 rebounds) and Tekele Cotton (19 points, three assists) that will need to be the difference makers if the Gregg Marshall is to make his return to the Elite Eight.