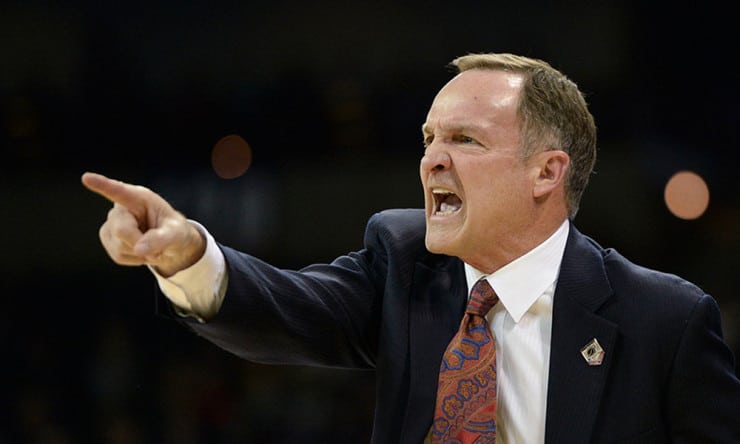 Things really fell into place for Lon Kruger and his OU squad, as Dayton got by Providence and looked to come up with their third win of the tournament. The Flyers simply ran out of gas and the Sooners came away with a six-point victory. Depending on how you look at things, there is good news and bad news. The good news is that Buddy Hield has not hit his stride in tournament play, yet Oklahoma is still winning. Despite statistics of 15 points, five assists and four rebounds, the Big 12 Player of the Year shot just 4-13 from the field and 1-6 from downtown. That makes it a good thing when you can get to the Sweet Sixteen without your best player being at his best. The bad news is that Buddy Hield has not been playing at his best. Sooners fans are certainly hoping the recent few days of practice help the Bahamian sharpshooter find his rhythm and prepare him for the physical dog fight they will have in the next round. Despite Buddy’s 1-6 from downtown, the rest of the squad showed up, going 50 percent from the three-point line (9-18) and their domination of the glass, 35-22 (including 10 offensive rebounds), should have Kruger feeling good heading into the second weekend. If Oklahoma is to come one step closer to the Final Four, it will take a dominant performance from Hield and the continued surge of the supporting cast. Shutting down Travis Trice will be imperative as the unquestioned heart and soul of the Spartans is an absolute killer.

Michigan State showed the rugged style that Tom Izzo has become famous for in a 60-54 victory over #2 seed Virginia. Travis Trice scored 12 points for the Spartans in the first five minutes to take the Cavaliers out of the pace they wanted to play. Izzo’s team then proceeded to hold Virginia to 2-17 from the three-point line while making 6-12 of their attempts. Virginia kept things close by getting to the offensive glass for numerous second chance baskets. Michigan State could have put the game away easier, but went 20-33 from the free throw line. Branden Dawson contributed 15 points and nine rebounds to balance the attack. The play of Bryn Forbes was tremendous as starting guards Lourawins Nairn Jr. and Denzel Valentine were limited by foul trouble. The confidence that Michigan St. played with from the opening tip shows that they may likely be the favorite out of the East Region. Their next matchup will have them facing Oklahoma. The physicality and toughness on every possession make this team a tough matchup for any opponent including Kentucky. Dawson and Trice will need to continue to score in the high double digits to help Coach Izzo reach that dream.​