Connect with us
Home » news » Preview 4 Georgetown Vs 5 Utah 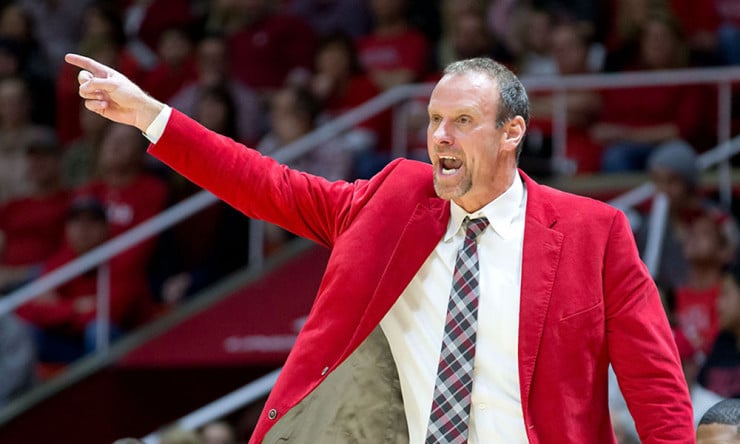 Based off of their recent tournament struggles, picking the Hoyas to fall to a double-digit seed has almost become cliché. It’s become such commonplace that the Eastern Washington Eagles actually guaranteed that they would accomplish the feat as well, but the Hoyas were having none of it. They played a physical, bruising style and held off the Eagles 84-74 to earn a Saturday night matchup against the Utah Utes in the Round of 32. D’Vauntes Smith-Rivera was aggressive in looking for his own shot, tallying up a game-high 25 points and eight rebounds. Overall the Hoyas had four players in double figures, with Jabril Trawick, Mikael Hopkins and Paul White each scoring 10 apiece. A big difference maker in the game was the Hoyas’ ability to get to the free throw line more than twice as much as the Eagles. They went 23-32 from the charity stripe, while the Eagles went 13-15. Despite the win, there are a couple of areas the Hoyas should really be focused on improving against the Utes. The first is in the turnover department. They gave it up 14 times against the Eagles, a little too high for Coach Thompson III’s liking. Secondly, they’re going to need Joshua Smith to be able to stay out on the floor as he’s set to match up against Jakob Poeltl, who was the difference maker for Utah against Stephen F. Austin. Smith was mainly a spectator in the second round, playing just seven minutes while accumulating three fouls.

The fifth seeded Utes survived the Stephen F. Austin upset bid and now march on to the Round of 32 with some good news. That is the play of freshman Jakob Poeltl, who faded down the stretch of the regular season, but surged in big moments against SFA. He dropped 18 points on 7-7 shooting to go with 11 rebounds. The Utes also got nine points off the bench from Dakarai Tucker and a solid game from Jordan Loveridge (12 points 6 rebounds) helped make up for a somewhat pedestrian outing from do-it-all top dog Deron Wright. If the crystal ball is to include a trip to the Sweet 16, it very well may hinge on a reduction in turnovers (17 vs. SFA), solid contributions from Poeltl and Loveridge, but most importantly Wright is going to need to be his usual self. John Thompson III runs a smooth Princeton style offense that can give impatient defenses fits and they can shoot it from deep. Look for the Utes to focus on defending the three-point line (11 made threes vs. EWU) while maintaining ball pressure. If they can do these things, force G-Town turnovers and play a sound game offensively, look for Utah to sneak into the second weekend.