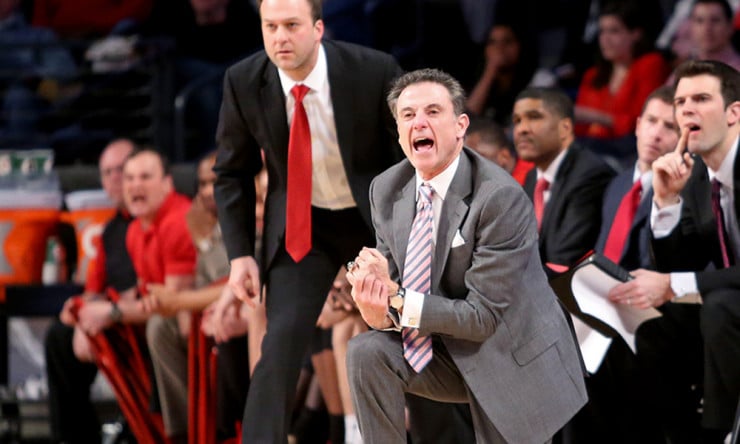 Just as they did last year against Manhattan, the Cardinals found themselves in a fight to start off the tournament. Anchored by 7’6, 300 lbs. center Mamadou Ndiaye, the Anteaters led 55-53 with 1:02 remaining, but Wayne Blackshear went right at Ndiaye for a tough layup to tie it up and then freshman point guard Quentin Snider, thrust into a bigger role late in the season because of the dismissal of starting point guard Chris Jones, knocked down the go-ahead free throws with nine seconds remaining to help the Cardinals stave off elimination. It was only fitting that those two helped seal the win since Snider, who played all but three minutes, had 16 points, five rebounds and two assists overall, while Blackshear led the team with 19 points and seven rebounds. While they were able to help make up for pedestrian nights for Montrezl Harrell and Terry Rozier, the Cardinals are going to need those two to be much better if they’re going to be able to top Northern Iowa for a spot in the Sweet 16.

Northern Iowa took Wyoming’s best punches in the second half, but survived 71-54. Using it’s unique nine-player rotation, they held future NBA player Larry Nance Jr. to one point in the first half to build an 11-point lead. Nance bounced back with an 11-point second half to make things interesting, but Ben Jacobson’s group was too disciplined. On top of nine players getting 15+ minutes, the Panthers had five players in double figures. Statistically, this #5 seed will be tough to beat if they continue to shoot 50 percent from the three-point line and near 90 percent from the free throw line. Their offensive style is not “Princeton” or “Belien Ball” that is known to keep smaller conference teams competitive, but seems to make opponents chase and miss. Forward Seth Tuttle is constantly make high basketball IQ plays at the right time and gets no credit for his “hockey assists.” The Panthers gave up a remarkable four offensive rebounds on Friday night and that combined with their ability to dictate to Nance means Louisville is in trouble. Louisville’s frontcourt specializes in dunking and that option will not be available. The Panthers will be watching a lot of film of what Virginia did well in their victory of the Cardinals as their styles are very similar. The depth and the ability to make the right play at the right time every time is the reason Northern Iowa has only one loss since January 4. They will be able to exploit Louisville’s lack of playmakers and will help heavy on the ball screen actions. Unless Louisville can get the game into the 70s or get Tuttle into early foul problems, I look for the Panthers to move to the Sweet Sixteen. Either way Ben Jacobson’s agent will remain busy.