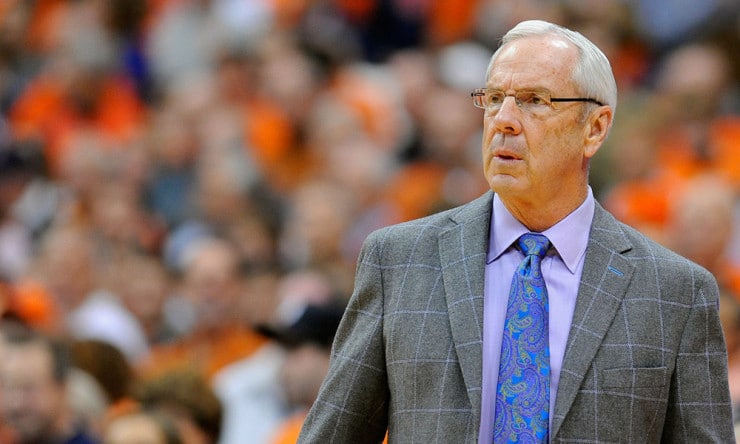 When all the dust settled from Selection Sunday, UNC earned the four seed after having one of the toughest schedules in the nation. When all the dust settled from Thursday’s games, head coach Roy Williams called his team “lucky.” They entered the tournament with a whopping 17 games against teams in the top-50 in the RPI and squared off with Harvard in a 4/13 matchup. In the final seconds Harvard had a chance to win the game, but their last attempts fell short. Escaping with a 67-65 win, UNC can’t allow a team to score 40 points in a half like they gave up against Harvard in the second frame. Justin Jackson burst onto the scene as a freshman for Coach Williams (who is 15th all-time in coaching wins) and his 14 points led the team against the Crimson. During conference play, the Heels were paced by Marcus Paige (6’1, 175 lbs., junior), but are void of any All-ACC first-team players. Behind top-scorer Paige, the next two leading scorers are Brice Johnson (13.2 PPG, 7.7 RPG) and Kennedy Meeks (11.7 PPG, 7.5 RPG), but are a combined 0-1 behind the arc. Therefore, Paige needs guys on the perimeter like J.P. Tokoto (8.3 PPG, 35.5 percent from three) to step up. If anything, the grueling schedule has prepared Williams and his team as they look to advance past the round of 32 after finishing 1-1 in the tournament each of the last two years. Williams will tie the late Dean Smith (2nd) for all-time tournament wins if UNC gets past Arkansas.

Being a five seed in the NCAA Tournament is often looked at as a curse since 12 seeds have pulled off the upset as frequently as an any double-digit seed in tournament history. The Razorbacks found themselves in a battle against the Wofford Terriers, who they may have been a little underprepared for and didn’t give the proper respect. But, the Terriers were unable to convert a couple of good looking potential game-tying threes on the game’s final possession, and the Razorbacks held on to survive and advance 56-53. Michael Qualls helped them stave off the near upset with a game-high 20 points, and the reigning SEC Player of the Year Bobby Portis came through with a double-double of 15 points and 13 rebounds. Still, the Razorbacks would be wise to be more familiar with their Round of 32 opponent, North Carolina, than they were Wofford. Assuming they will be, look for the game to be decided on the frontline. The Tar Heels looked really sluggish and barely managed to oust the Harvard Crimson, but that could have served as the wakeup call they needed to play up to their full potential against the Razorbacks, who have to be ready for a much better effort from them.