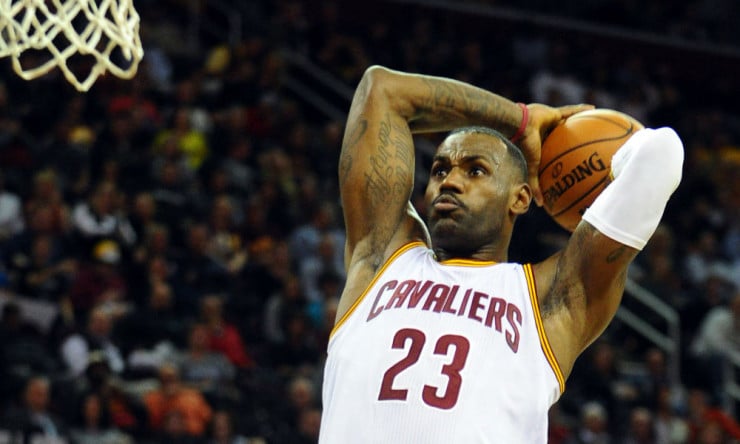 Game 2 of the Eastern Conference Finals once again showed us all just how overmatched the Toronto Raptors are, as they fell to the undefeated Cleveland Cavaliers once again – this time by “only” 19 points. There’s a strong possibility this team enters the NBA Finals without a playoff loss. With a win Game 3, the Cavaliers will be 11-0, tying the NBA playoff record for best start ever (joining the 2001 and 1989 Los Angeles Lakers).

While the Cavaliers weren’t hitting three-pointers with their usual panache (they hit only 7-21 in this one), they still weren’t as bad as Toronto from deep (as the Raptors hit only 9-33 attempts from behind the arc).

Toronto actually barely topped 40 percent from the field in this game, with Kyle Lowry (4-14) and DeMar DeRozan (8-18) both offering forth their usual dismal shooting performances.

Not having Jonas Valanciunas available because of that ankle sprain is killing Toronto defensively, but even he couldn’t have made too big a difference in this one – even if the game was tied at 46 points with 4:00 to go in the first half. In those last four minutes, Cleveland opened up a 14-point lead and never looked back.

James is shooting, on average, 1.6 feet from the basket this series, which just goes to show how easy things have been for him so far. The Raptors will try to steal a game or two in this series now that it’s heading back to Toronto, but the wind has been knocked out of this roster. It’s not a matter of if the Cavaliers make the NBA Finals at this point, just a matter of when.