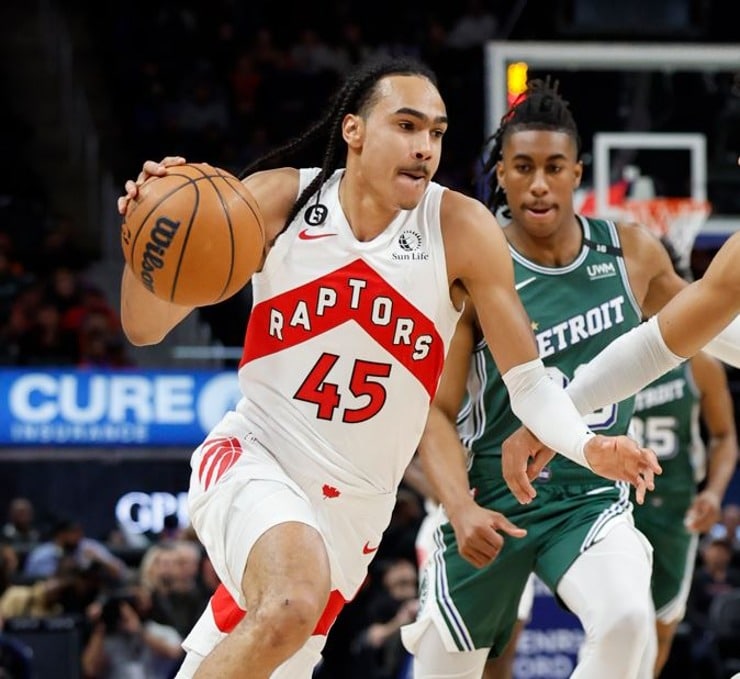 Toronto Raptors guard Dalano Banton (right hip pointer) is out for Tuesday night’s road game versus the Milwaukee Bucks. The only other player listed on Toronto’s injury report is Otto Porter Jr., who underwent season-ending surgery on his left foot.

At the halfway mark of the 2022-23 season, the Raptors are 20-24 and rank 11th in the Eastern Conference standings. They trail the top-seeded Boston Celtics by 12.5 games.

Per multiple NBA betting sites, the Raptors have the 16th-best odds to win the championship. Sportsbooks are giving the Miami Heat better odds to qualify for the playoffs.

Furthermore, Toronto is 5-5 in its previous 10 games. However, the team has won four of its last five contests. The Raptors are 6-13 away, 6-11 as an underdog, and 9-10 ATS away. They’re also 5-1 in their past six meetings against Milwaukee.

The Bucks have submitted their injury report for tonight's game against the Raptors.

As for the Bucks, they’re 6-4 in their past 10 contests. Not to mention, they’re 17-5 at home, 24-9 as favorites, 28-16 overall, and 15-7 ATS at home. Milwaukee is 6-3 in its last nine matchups versus Atlantic Division opponents. But the team has failed to cover the spread in five straight home games against the Raptors.

Based on ESPN’s Basketball Power Index, the Bucks have a 51.3% chance of defeating Toronto at home. Without Antetokounmpo and Middleton, sportsbooks are still showing Milwaukee as a five-point favorite.