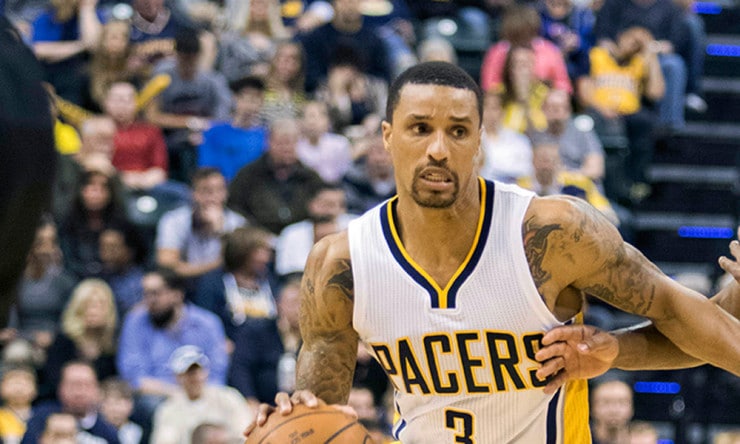 So far, the narrative in this series has been all about the all-around offensive fury of Paul George against the increasingly disappointing shooting efficiency of Toronto’s two All-Star guards, but while those two things have been consistent throughout the series, the results of the individual games have been varied and unpredictable. Game 4, arguably the worst so far for both Kyle Lowry and DeMar DeRozan, resulted in a blowout 100-83 win for the Pacers at home.

Through the first three games, Indiana had seen huge games from their superstar but inconsistent efforts from the rest of the team. That allowed a deeper Toronto roster to take advantage of some weaknesses and stack up a 2-1 series lead heading into the game, but this time around Indiana managed a more well-rounded offensive effort that saw both George Hill and Ian Mahinmi rack up 22 points apiece. That was exactly the help that Paul George needed.

Lowry and DeRozan, meanwhile, combined for nine assists and nine turnovers, while shooting 0-9 from deep and 8-27 overall. For the series, Lowry and DeRozan are shooting 31.9 and 30.4 from the field, respectively — well below their regular season marks and certainly poor enough to have a massive negative impact on the series so far. Neither guy has been anywhere near up to snuff through four games, which has allowed the lower-seeded Pacers to hang around in games the Raptors might have otherwise won.

It has officially become obvious what has to happen to win a game in this series: for Toronto, it means getting a big game from Jonas Valanciunas and more efficient scoring from DeRozan and Lowry, while for Indiana it just means getting someone, anyone to step up other than George. From here on out, the team that sees their game plan come together very likely will win, and now it’s a three-game series.