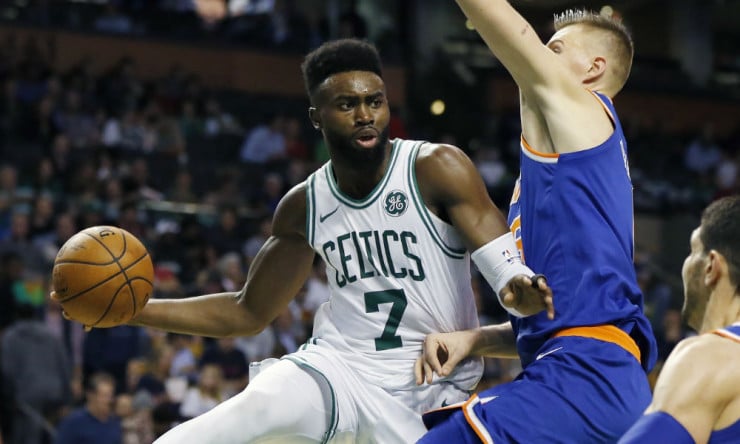 Celtics swingman Jaylen Brown is doubtful for Game 1 of Boston’s Eastern Conference semifinal series against the Philadelphia 76ers on Monday night because of a strained right hamstring.

Celtics coach Brad Stevens said tests on Brown’s hamstring came back negative but the team is uncertain whether he’ll be ready for the start of the series, given the quick turnaround.

Brown tweaked the hamstring during Saturday’s Game 7 win over the Milwaukee Bucks and sat out the second half.