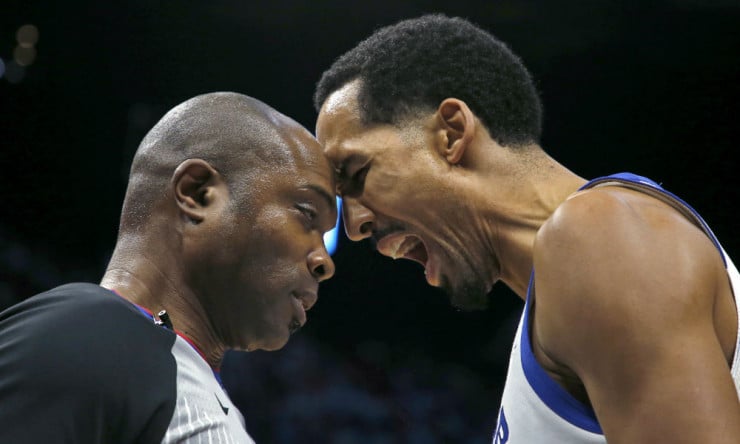 A small group of NBA referees and players held a meeting Saturday, working to relieve mounting tension between the sides.

The meeting included three players, three referees and officials from both the referees’ union and the players’ union. Among the items agreed on was establishing a direct communication line between the two unions that would not involve the NBA league office to address issues that arise between the sides, the unions announced in a joint statement.

Several issues that have been causing friction were raised during the meeting. One, sources told ESPN, is the referees’ enforcement of the so-called “respect for the game” rules. These rules were introduced by the NBA in 2010 and updated in 2015 and were aimed at limiting players’ reactions to referee decisions, among other issues.