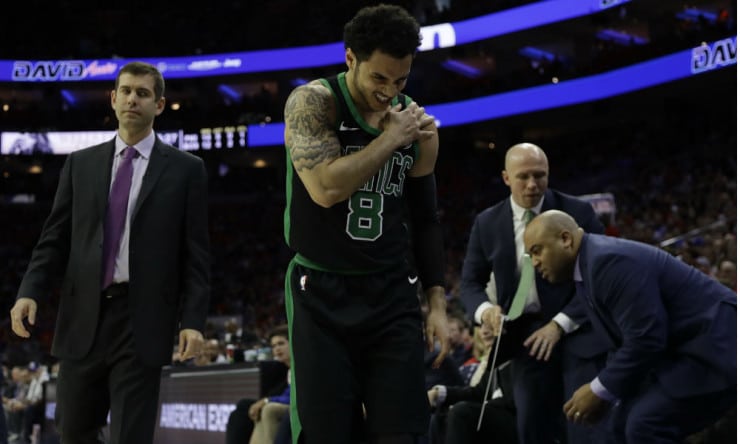 Boston Celtics backup point guard Shane Larkin is “very, very sore” and will be out “for the foreseeable future” with a sprained left shoulder, coach Brad Stevens said Wednesday.

The team ruled Larkin out for Game 5 of its second-round playoff series against the Philadelphia 76ers on Wednesday night.

Stevens said surgery likely won’t be needed, and Larkin will work with Boston’s training staff to try to strengthen the shoulder, which he injured in Game 4 against the 76ers on Monday.